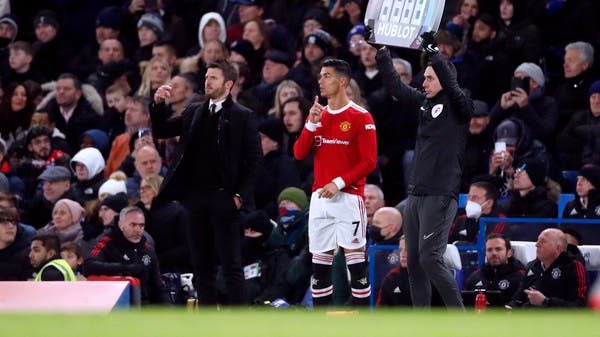 Manchester United announced on Tuesday that their new interim coach, Ralph Rangnick, will not be able to lead the team in Thursday’s league match against Arsenal, as he has not yet completed his work visa, while Michael Carrick will continue to lead the team.

On Monday, United announced the appointment of German Rangnick as interim coach until the end of the season, eight days after the sacking of Ole Gunnar Solskjaer.

Rangnick, 63, will replace Norwegian coach Solskjaer, who was sacked after a humiliating 4-1 defeat at Watford earlier this month, which was the team’s seventh loss in 13 games in all competitions and left them eighth in the Premier League.

The club said in a statement that United and Rangnick had agreed that he would remain as the club’s advisor for two more years after the end of his temporary assignment.

He added on his website: “Rangnick’s appointment was announced on Monday, but while the club is working to finalize the work visa, Carrick will continue to lead the team.”

Carrick, a former midfielder and one of Solskjaer’s assistants, led the team to victory at Villarreal in the Champions League on Tuesday and supervised them in the 1-1 draw with Chelsea on Sunday.