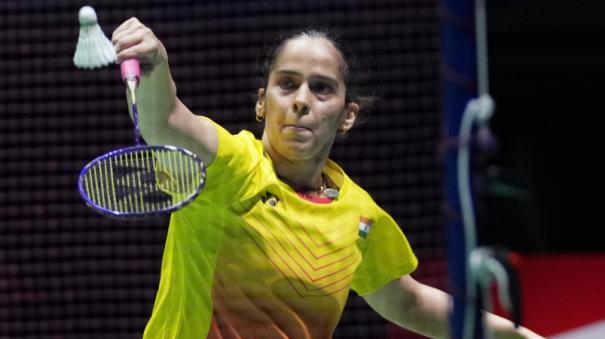 The World Badminton Championship series is being held in Tokyo, Japan. In the men’s singles category, India’s HS Pranai took on fellow Commonwealth champion Lakshaya Sen. HS Pranai won the match with the score of 17-21, 21-16, 21-17 and advanced to the quarter finals in this match which lasted for one hour and 15 minutes. Pranai will face China’s Zhao Jun Peng in the quarterfinals.

Saina Nehwal initially trailed 3-11 in the first set and then came close at 17-19. However, Pusanan Ongpamrungban won the set by handling the pressure brilliantly. In the 2nd set, Saina Nehwal played aggressively and responded.

Both were tied on points going into the break in the 3rd set that decided the win. After this, Saina’s game suffered a setback. At the same time, Busanan Ongpamrungban, who picked up the pace, went ahead with a lead of 5 points and finished the game successfully.