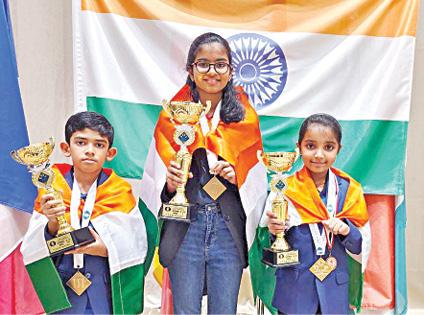 The World Cadet Chess Championship organized by the International Chess Federation was held in Batumi, Georgia. Shubi Gupta from Ghaziabad, India won the champion title in the girl’s 12-year-old outdoor category by scoring 8.5 points in 11 rounds.

India’s A. Sharvi won the champion title in the 8-year-old category after scoring 9.5 points at the end of 11 rounds. Pothana from England also got 9.5 points. However, Sharvi held the tiebreak points well and emerged victorious.

Safin Safarullah Khan from Kerala state of India won the bronze medal in the under-8 boys category by scoring 9 points. Marc Lary of France won the gold medal with 9.5 points. The Roman silver medal was won by Russia’s Chav Shokhtjiev who accumulated the same points. – PTI