SportsWorld Championship: Tamil Nadu player returns in pain after not being allowed...
Sports

World Championship: Tamil Nadu player returns in pain after not being allowed to board a plane 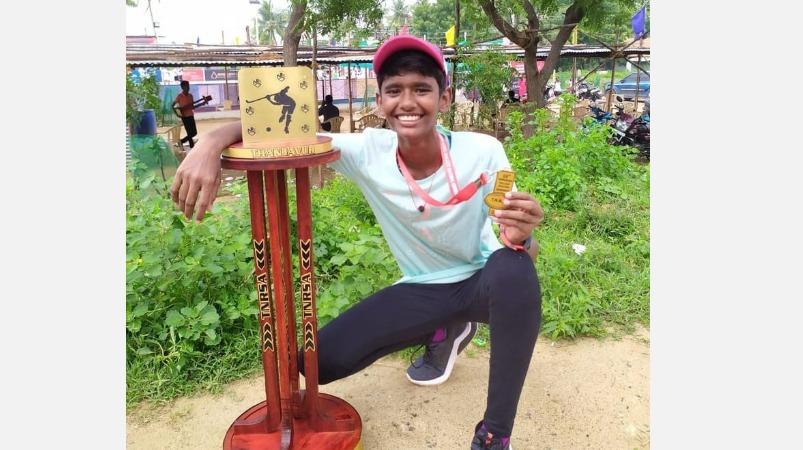 Qatar airport officials did not allow an “inline skating hockey player” to board a flight to Mumbai airport with all the qualifications to take part in the World Championships in Italy. Thus, the Tamil Nadu player has returned home with the pain of not being able to play in the world level competition.

Baskaran is a former Tamil Nadu hockey player from Thanjavur Madakottai Road area. Native second daughter Purnisha (16). He is currently studying Plus 2. Purnisha He has been training as an ‘inline skating hockey’ athlete for the past 11 years and has won six gold and one bronze medal at the state and national levels.

The ‘Inline Skating Hockey’ Championship was held in Italy from the 8th to the 12th. It was attended by 16 countries including the United States, Argentina, Italy, India, Spain, France and Switzerland.

In the qualifying examination held on August 11 in Chandigarh, a women’s team of 10 men and a men’s team of 16 men were selected from India.

The women’s team from Thanjavur from South India Purnisha Was the only choice. In this situation, on the 8th, all the women’s teams got visas to go to Italy and all 9 of them left the Mumbai airport and went to Italy.

However, due to the delay in the arrival of the Italian visa only to Purnisha, he downloaded the visa from the website and went to the Mumbai airport. There he underwent all the experiments, including the corona experiment.

He then submitted to the airport the Italian government’s list of athletes coming to Italy. Later, airport officials seated him in the airport waiting room. Then an hour before the flight was scheduled to depart, Qatari airport officials refused to board the plane and deported him, saying he had to “submit a medical certificate from Italy”. Thus with great anguish Purnisha Returned home.

about this Purnisha “My father is a hockey player. My sister Monisha is a national champion in skating. My mother is a school teacher. I have been training in ‘inline skating hockey’ for the last 11 years. I have been practicing this in Thanjavur, Trichy. I bought hockey sticks and skating shoes exclusively for Rs. 70,000 and engaged in a series of training.

For this, I went to the Mumbai airport on the 9th, checked my documents and sat in the waiting room. Qatari airport officials, who arrived just before 10pm, called me and said, “I can only board the plane if I have an Italian medical certificate.”

I immediately contacted Italian citizenship officials and officials from the Ministry of Foreign Affairs of India. Qatar airport officials refused to accept the allegations, saying they spoke on their cell phones and told local officials that the athletes did not need the medical certificate and that the players had already gone similarly.

Thus I went to the airport, boarded the plane and returned unable to play for the Indian team. It makes me cry in grief when I think of this incident. As has happened to me, it should not happen to any athlete anymore. My family and I have not slept properly or eaten properly for a week before going to Italy. It has cost up to Rs 5 lakh, including air tickets. ”

Previous articleToday insta hits: Hansika in bikini .. Priya back beauties .. Rhita after workout
Next articleIf not you, I would not be here! .. Varalakshmi Sarath Kumar comments on makeup artist