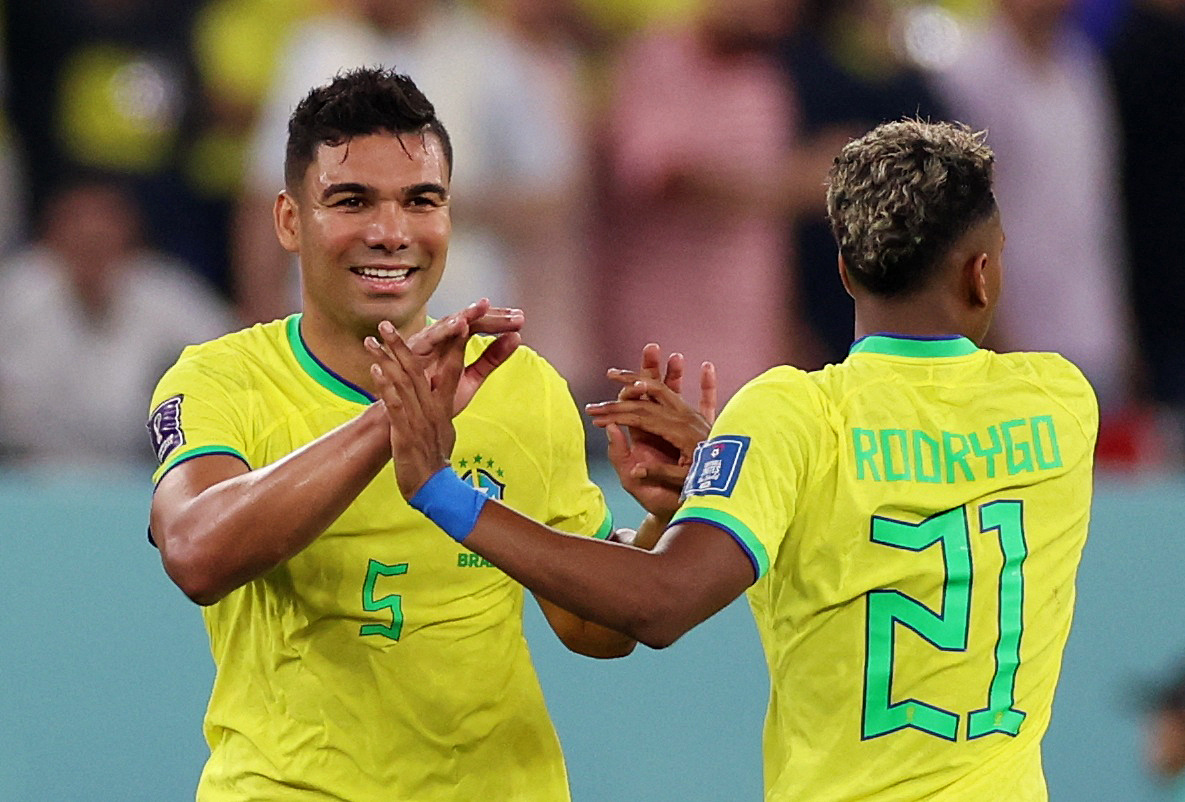 Casemiro scored with a massive shot near the end to give Brazil a 1-0 victory over Switzerland and a place in the last 16 of the World Cup on Monday.
It seemed that the match might end in a goalless draw, before midfielder Casemiro hits the net with a powerful shot seven minutes before the end of normal time at Stade 974.
Brazil, which missed its prominent star Neymar due to injury, became six points from the first two rounds at the top of Group G, and secured qualification before entering the last round against Cameroon.
The offensive force of Brazil was affected by the absence of Neymar and almost did not threaten the Swiss goal, before Casemiro’s goal, with the exception of a goal from Vinicius Junior, which was canceled by the referee due to offside after returning to the video assistant referee.
Switzerland has three points compared to one point for Cameroon and Serbia, after they tied 3-3 earlier today, and the second qualifying team will be determined in the last round.