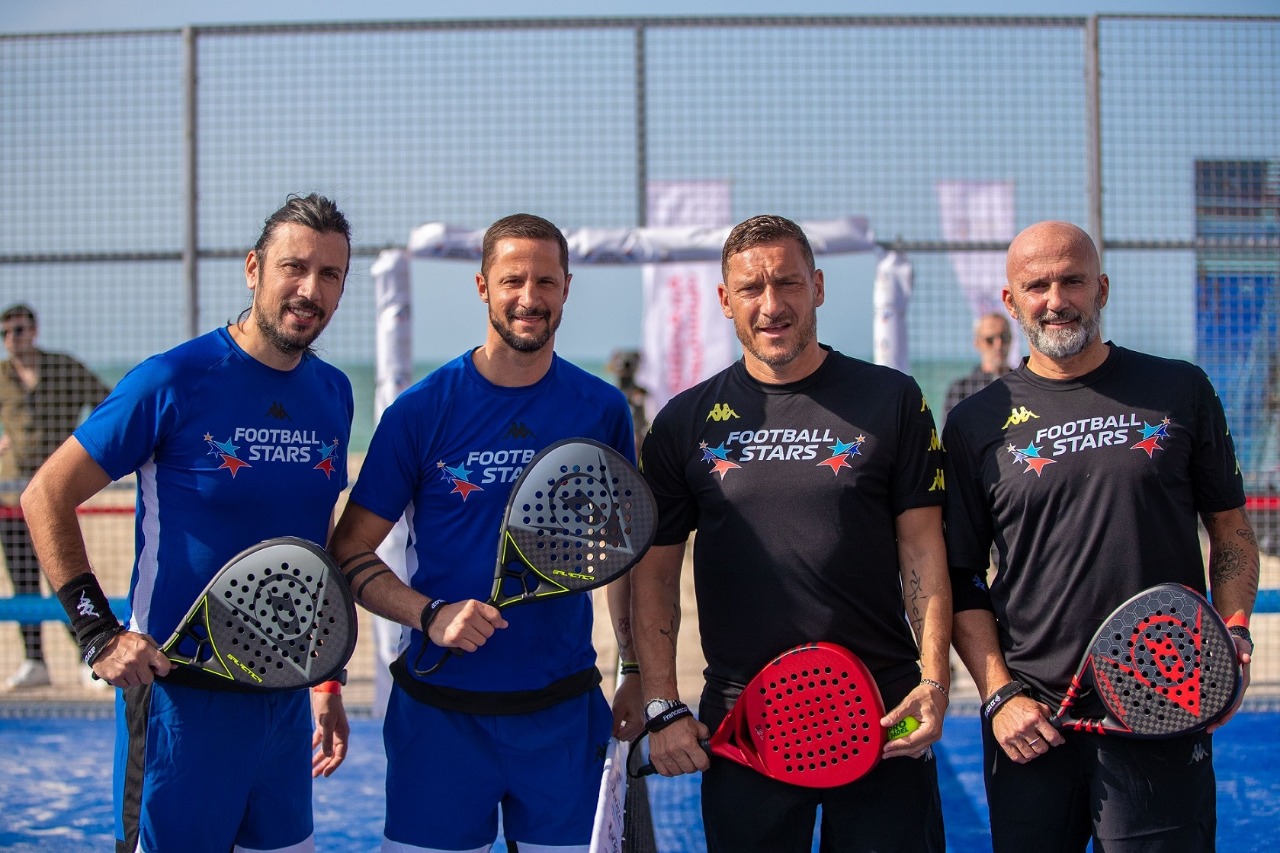 The “Football Stars” version is being held on the sidelines of the International Football Championship
Four teams qualify to play for the “Sharjah Padel” title tomorrow, Saturday
The crowned team is in a confrontation with the winning duo of the local championship title

Four teams have qualified for the semi-finals of the Sharjah Padel Tennis Championship, in which the duo Totti and Anoni, Marcolin and Seedorf, and the duo Udo and Broki, Dida and Costacurta will play, where the second and final day competitions will be held today, Saturday, which includes the confrontation of the two teams that have advanced to the semi-finals, then The final confrontation that determines the winner of the championship title comes to play friendly with the team that won the local championship title.

The competitions of the first day of the tournament, organized by the Sharjah Commerce and Tourism Development Authority, included four confrontations, in which the duo Totti-Anoni and his counterpart Marcolin-Seedorf met, while the duo Udo-Brocky met with his counterpart Dida-Costacurta, and the team that included Signori-Iranio with his counterpart Antonini-Zaccardo.

The confrontations of the first round of the “Football Stars” edition of the Sharjah Padel Championship, which is being held on the sidelines of the Sharjah International Football Championship, with the participation of 16 former international football stars at the Sheraton Sharjah Resort & Spa, received great enthusiasm from the public and guests of Sharjah, who are visiting the emirate. To participate in the tournament, learn about its landmarks, and share their experience with their fans on various social media accounts during the tournament period, which seeks to promote the Emirate of Sharjah as a global destination that embraces major events and with high-level standards, thus establishing its position on the global tourism map in various fields, such as sports, fitness and adventure. .