World number one Chiantek ousted from Wimbledon by Cornet 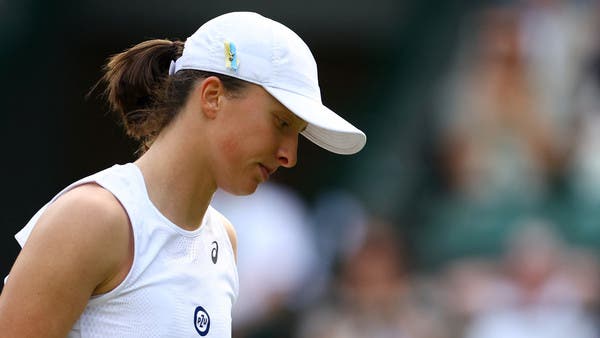 World number one Iga Chiantek was knocked out of Wimbledon after surprisingly losing 6-4, 6-2 in the third round to 32-year-old Frenchwoman Alice Cornet on Saturday.

This halted a run of 37 consecutive victories for Polish Chiantek, who was a strong contender for the title after winning the last four months, but appeared modestly and lost the last six games on Court No. 1.

Cornet is participating in the 62nd consecutive Grand Slam competition to equalize a record, and the French player managed to take advantage of Chiantek’s decline and settled matters in one hour and 32 minutes.

“It reminds me of when I beat Serena (Williams) here eight years ago on the same court,” said 37th seed Cornet. Maybe the stadium is a good omen for me.

She added: I will be up to the level of these matches. This quality motivates me a lot. I knew I could do it, and I had the confidence because Iga feels less comfortable on grass than on other courts.

Serena was also ranked number one in the world when she lost to Cornet in 2014, and the French player managed to achieve a new surprise.

Cornet won the first three games and then halted the Chiantek uprising in the opening set, leaving the Pole to lose only the fourth set of her stunning recent career.

It looked like Chiantek would regain her form when she led 2-0 in the second set, but she failed to maintain this momentum, and Cornet appeared in contrast.

Cornet will try to reach the quarter-finals at a grand slam for the second time this year, but that will require a victory over unseeded Australian Alja Tomljanovic.