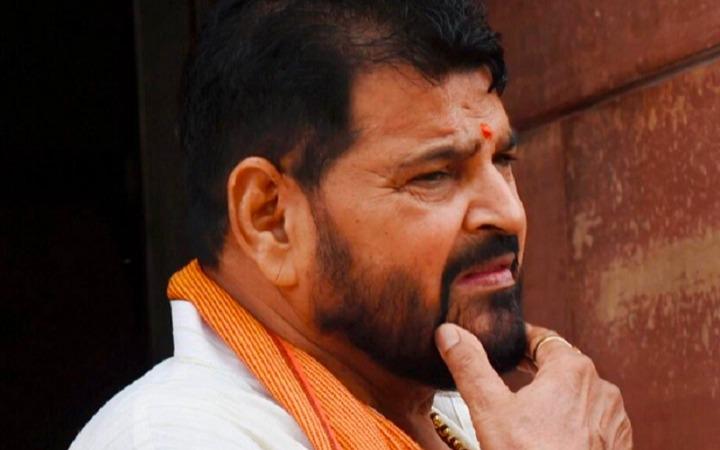 New Delhi: The President of Indian Wrestling Federation and BJP MP Brij Bhushan Charan Singh has said that he will expose the political conspiracy behind the protest of wrestlers and female wrestlers in a press conference this evening.

Earlier last night, the wrestlers and wrestlers involved in the protest held a consultation with Union Sports Minister Anurag Thakur. No agreement was reached at this consultative meeting. The negotiations ended in failure as the players categorically stated that the Indian Wrestling Federation should be disbanded. Sakshi Malik, Bajrang Punia, Vinesh Phogat and Ravi Dahiya were present in the consultation with the minister.

In this context, the president of the Indian Wrestling Federation, Brij Bhushan, has said that he will expose the political conspiracy behind the protest of the wrestlers in a press conference this evening. He has also said that he will not resign from the post for any reason.

Accusation and Struggle: Wrestlers have accused Indian Wrestling Federation president and BJP MP Brij Bhushan Saran Singh and some coaches of sexually harassing female wrestlers. Following this, wrestlers and female wrestlers have been protesting at Delhi’s Jandar Mantar since Wednesday, demanding that the central government take action against the president of the wrestling federation and demanding that the management of the wrestling federation be changed.

Subsequently, the Sports Ministry has directed the Indian Wrestling Federation to respond within 72 hours regarding the matter. In this regard, the letter sent to the wrestling federation said, “Since this matter is in the interest of the sportspersons, the ministry is taking it as a serious matter. A reply should be given within 72 hours regarding this matter. Failure to do so, the ministry will initiate action against the Indian wrestling federation as per the National Sports Rules, 2011.”