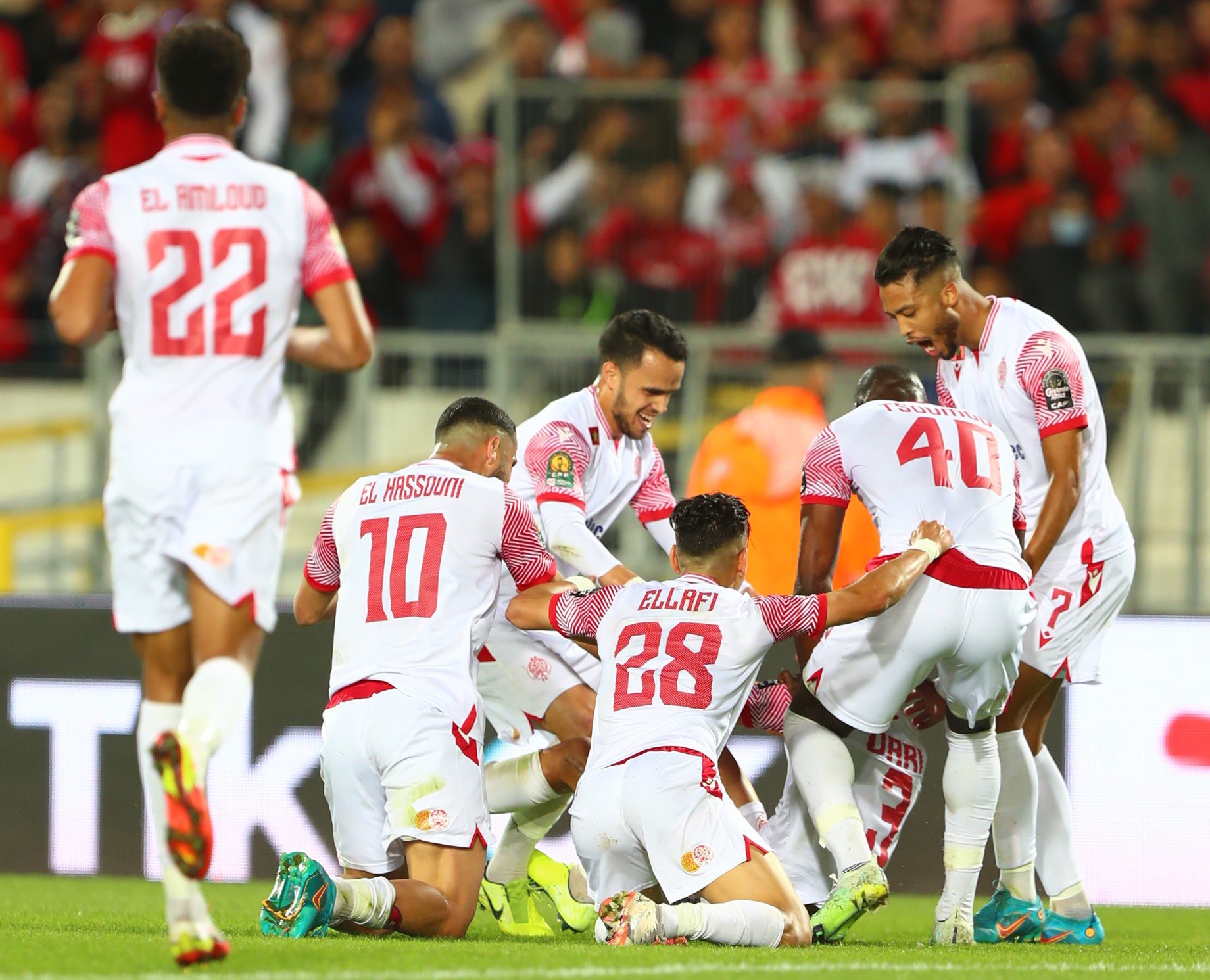 Morocco’s Wydad Casablanca made a big stride towards the final of the African Champions League, after returning with a clear superiority from its host, Petro Atlético de Angola, 3-1 at the “November 11” stadium in the capital, Luanda, on Saturday, in the first leg of the semi-finals.

The goals of the Moroccan-Brazilian team Thiago Azulao scored (16 lines in his team’s goal), Yahya Gibran (45) and Congolese Guy Mbenza (68), while Job reduced the owners of the land (81).

This is Wydad Casablanca’s third visit this season to Angola, as it faced Petro Atletico and Sagrada Esperanza in the group stage, during which it lost 1-2 to the first and defeated the second with the same result.

Wydad overcame the hot climatic conditions and faced a strong team supported by about sixty thousand spectators, thanks to the distinguished plan of coach Walid Rekraki, who played with a defensive reservation by narrowing the spaces in front of the host team and his strong attack led by its top scorer Azoulaw, who tops the scorers list in the competition (7 goals), from By narrowing the spaces in front of them and launching coordinated attacks.

International left-back Yahya Attia Allah took a side free kick, and his powerful shot hit Azulao’s head and turned into the net of Brazilian goalkeeper Wellington (16).

Portuguese coach Alexandre Santos’s players took possession of the ball, but their control was negative, as they did not threaten Moroccan goalkeeper Ahmed Reda Teknaouti.

Before the end of the first half, Wydad captain Yahya Gibran boosted his team’s progress in a superb way with a long-range missile that settled to the right of the goalkeeper (45).

“Wedad Al-Ummah” continued to threaten the Angolan net through the movements of the two midfielders, Gibran and Ayman Al-Hassouni, with the attacking trio, Badi’ Awok Ras Al-Harba, the Congolese Guy Mbanza and Hamoud Abdullah, who played a substitute for the absent Libyan supporter Al-Lafi due to injury, and the team also missed the arrested Jalal Daoudi.

The Moroccan team managed to add the third goal after a series of dangerous opportunities, through Mbenza, who exchanged the ball in a distinctive way with Zuhair Al-Mutarji, and it reached the Congolese, who hit the net with a powerful shot from close range (68).

Santosh’s substitutions resulted in the goal of reducing the difference when substitute Job kicked a strong free kick into the net in the absence of the Moroccan defense and a misjudgment of goalkeeper Al Technaouti (82).

The host team pressed hard and Attia Allah almost scored with friendly fire in his team’s goal, after he tried to head off the Brazilian Gleason’s cross (85).

And the Algerian referee, Mustafa Ghorbal, issued the second warning against Brazilian defender Willian Soares, so that the Angolan team continued the match with ten players (90 + 1).

The two teams will meet again next Saturday at the “Mohammed V” stadium in Casablanca.

Later, Al-Ahly of Egypt, the defending champion, will meet its guest, ES Setif of Algeria, in the second semi-final.