Xavi angry after Barcelona’s loss to Bayern .. “We were the best” 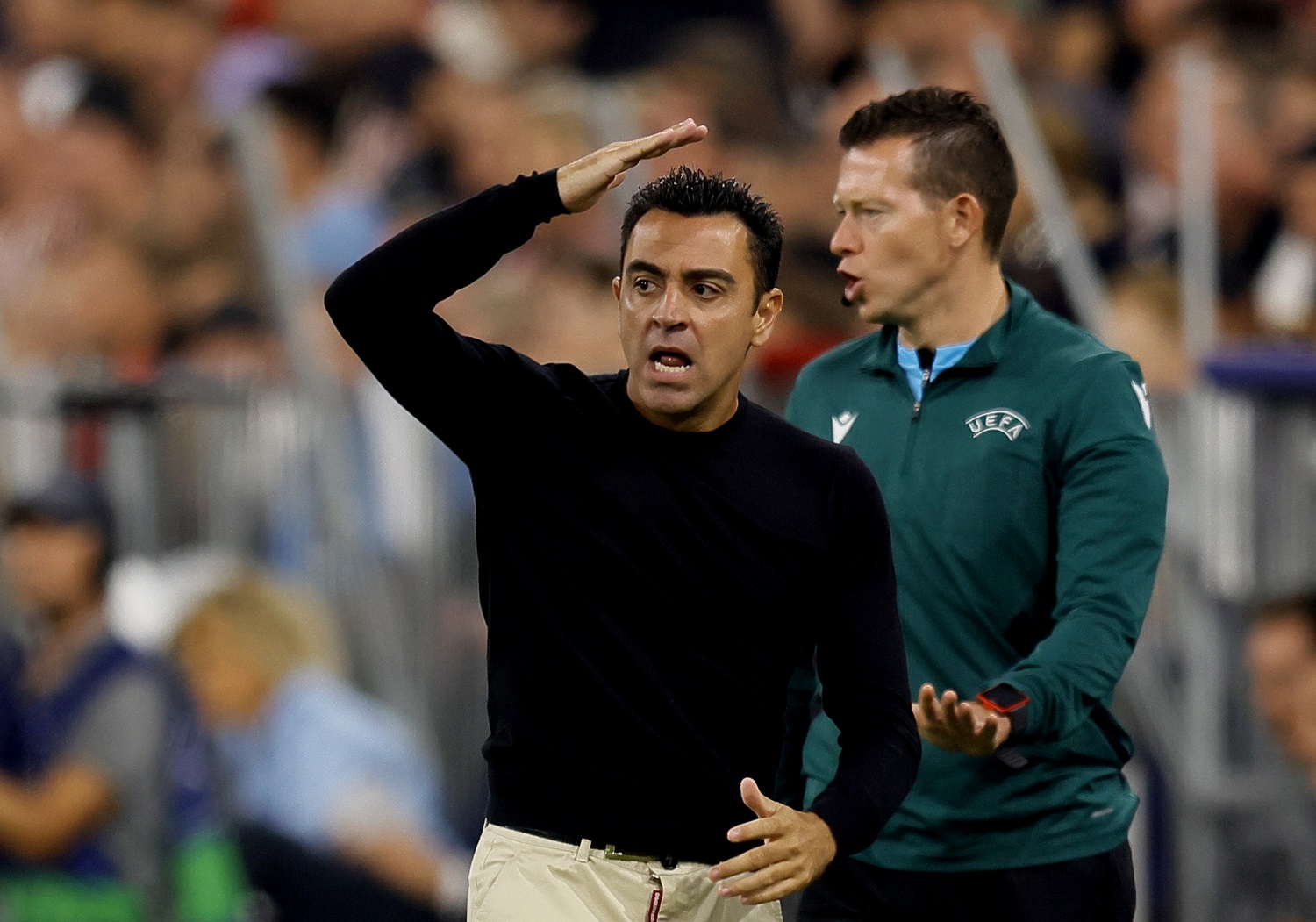 Barcelona coach Xavi Hernandez criticized his team after failing to take advantage of the opportunities that were available to him in the 2-0 loss to Bayern Munich in the Champions League on Tuesday, despite his “control of the match.”

Bayern scored two goals within four minutes to advance to the top of Group C, three points ahead of Barcelona and Inter Milan, who defeated bottom club Victoria Plzen.

Bayern will play Viktoria Plzen in the next two matches, while Barcelona will play against Inter.

Barcelona took possession of the ball and hit 18 against 13 for the German team, but four of them came on goal, like Bayern.

“I’m angry, I don’t like the loss, we didn’t deserve it,” Xavi told reporters. Last year I was angry because (Bayern) was more powerful than my team, but I think we did better than Bayern tonight… We dominated Bayern and beat them, we created a lot of chances to score which could have changed the course of the game. It’s all about the details in the Champions League matches.”

“At this level, all things are equal, and you pay the price for these mistakes, we learned the lesson,” he added.

Xavi indicated that his team needs to reduce its mistakes.

“We made a mistake in the corner kick, then a mistake in returning from attack to defense and we did not stop Bayern, on the contrary, he succeeded in stopping our attacks several times,” he said.

“Then we failed in a lot of things, and we lacked the effectiveness that we normally enjoyed… So we played well and that’s the positive thing, but the negative thing is the loss.”