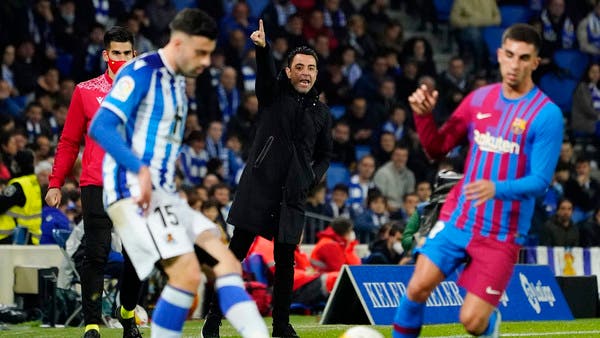 Barcelona coach Xavi Hernandez believes that Barcelona’s financial problems were the main factor in the failure to sign Norwegian star Erling Haaland, who is one step closer to moving to Manchester City.

And news reports said on a large scale that Manchester City will announce this week the completion of the contract deal with Haaland, as the Premier League champion expressed his willingness to activate the penalty clause in Haaland’s contract with Dortmund, which is worth 75 million euros.

It was reported that Barcelona and Real Madrid were seriously interested in signing Haaland, who scored 28 goals for Dortmund in 29 games in all competitions this season.

But Barcelona is still suffering from financial problems that had caused the departure of Argentine star Lionel Messi from the team before the start of this season.

Xavi said during a press conference held before Barcelona’s match against Celta Vigo on Tuesday in the La Liga competition: The matter has not been officially resolved, when it is, you will ask me again, did I rule out his joining us? I will not lie to you, it is very difficult given our economic situation.

He added, “Manchester City has won many titles and is competing at the highest level.” And if the deal happens, it will be because of our financial problems.