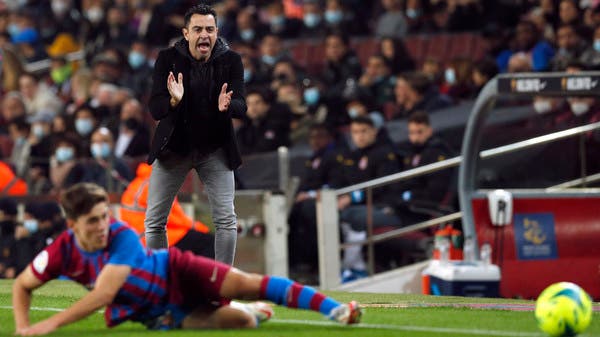 The new Barcelona coach, Xavi Hernandez, is facing the first serious test in his rescue mission for the Catalan club, when he receives Benfica, the Portuguese, on Tuesday in the fifth penultimate round of the Champions League in football.

Xavi, who came from the Qatari Al Sadd training, led his team to a first victory over Espanyol 1-0 in the local league on Sunday, to rise to sixth place in the standings, after the start of a disappointing season that led to the dismissal of Dutchman Ronald Koeman.

Blaugrana needed a penalty kick from Dutch striker Memphis Depay and a post he saved on two occasions in the second half, achieving his first league win in five matches.

Barcelona appeared as if it was trying to implement the next Xavi approach about two weeks ago to save the team from its technical stagnation, while the club was under great debts that led to the abandonment of its Argentine legend Lionel Messi at the beginning of the season to Paris Saint-Germain.

“We cannot ignore our principles, we must take more risks,” the historic midfielder said after defeating his arch-rival.

But against Benfica, the price of the risk may be high, as it competes with its guest for the second card in the group to accompany Bayern Munich, who qualified for it.

After a disappointing start that saw him lose twice against Bayern and Benfica, by one score, 0-3, Barcelona partially compensated with two wins over Ukraine’s Dynamo Kyiv with one result as well, 1–0, to finish second, two points behind Benfica, the third.

As Barcelona came under pressure at the end of their last confrontation with Espanyol, Xavi explained some of his guiding principles: I don’t see a physical problem, it’s a problem to understand the game, we have to face the opponent, control and control the ball. Not a physical problem, but a spherical problem.

Barcelona is 10 points away from rivals Real Madrid, the league leader, but has 25 games until the end of the season and is trying to correct its course.

Xavi added: We are calm after winning the first match. This victory gives us reassurance and raises our spirits.. But Tuesday is a new battle, and we cannot ignore our principles. This is a new final for us.