Xavi: The age of the players does not matter to me 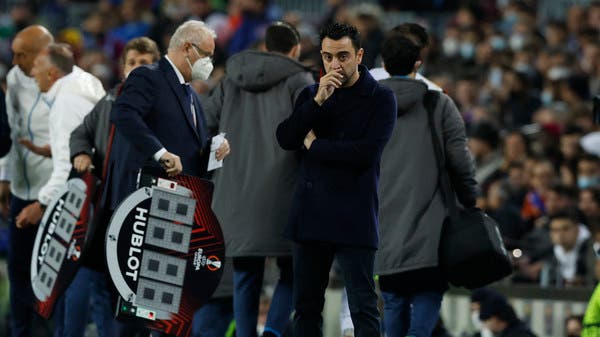 Barcelona coach Xavi Hernandez confirmed that there is no age barrier in his team’s efforts to rebuild, in light of increased talk about the Catalan club’s approach to the inclusion of the 33-year-old Polish sniper Robert Lewandowski.

Xavi made it clear that he had not finished talks with club officials about potential deals, nor had he spoken with the team’s current players about their plans for the future.

It was reported that Bayern Munich’s top scorer Lewandowski is looking forward to moving to Barcelona, ​​while Xavi did not rule out the possibility of Frankie de Jong’s departure, as he is interested in Manchester United.

Xavi said in a press conference on Saturday: “The conditions of the club are the ones that govern. I play an important role in the decision-making process, but the economic situation is the decisive factor.”

He added: “In a few days, we have to know our situation in order to plan for the next season. The economic situation keeps us in trouble. It determines the present and the future of the club.”

When asked about the fate of Dutch midfielder De Jong, Xavi said: For me he is a very important player, he is always involved from the beginning, except when I follow the rotation policy.

He added: “He is a key player, but there is the economic situation of the club, he is a player that I like a lot, we will see how it goes.”

Xavi confirmed: I signed Danny Alves at the age of 38, it’s not about age, it’s about performance, players who take good care of themselves every year become more professional.

Xavi concluded by saying: Ibrahimovic, Modric and Dani Alves are all performing wonderfully in important clubs, as well as Cristiano Ronaldo and Lionel Messi. Age is not a priority, what matters is that they are an addition to us.