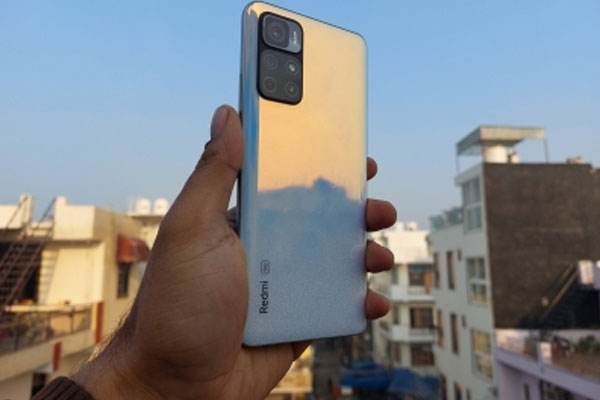 
New Delhi . Xiaomi’s Redmi Note series has garnered over 70 million customers since its arrival 8 years ago, setting new benchmarks in the smartphone industry, especially in India. Over the past 8 years, it has changed the Indian smartphone landscape by bringing in the latest innovations, which have set excellent industry standards, benchmarks and expectations among consumers. Redmi launched the first Note back in 2014 with the Redmi Note 4G and became one of the first brands to put the most affordable 4G smartphone in the hands of consumers. “Since then, design and technology have progressed and with each Note, the series has not only evolved but continues to grow,” the company said in a statement.

Anuj Sharma, Chief Marketing Officer, Xiaomi India said, “With each new Redmi Note series, Xiaomi has focused on bringing upgrades that are truly a game changer in the segment. The most disruptive technology is the camera.”

The company said, “The Redmi Note 6 Pro was the first Note phone from Xiaomi to come with a notched display. With the Redmi Note 10 series, the company introduced a new EVOL design language, with a focus on functionality and durability.” Redmi brings radical changes to the overall design of devices.Redmi was the first brand to introduce AMOLED display in a budget with the Redmi Note 10 series, to further enhance the consumer experience and address the growing content consumption on smartphones.

With performance at the centre, Redmi has led technology innovations and was one of the first brands to access 4G and 5G technology. At the time, 4G smartphones in the same range as the Redmi Note were priced at a premium (over Rs 20,000), but the Redmi Note 4G was priced at Rs 9,000. “With 5G expected to release, Redmi was one of the first brands to introduce this technology to the masses and make it available to consumers long before final implementation,” the company said.

The true measure of success is the response the company has received from its adoring fan community and the impact it has made on their lives. According to the company, from the first devices launched in the range, the Redmi Note 4 series to now the Redmi Note 11 series, fans and users have appreciated the top-of-the-line features and specifications, which has taken the smartphone to new heights in the market. Helped to move forward. Frequent hardware and software upgrades have made it the most reliable option. With some upgrades, the Redmi Note series was the first product to receive the MIUI update.

Apart from establishing the Redmi Note series as the most popular smartphone series, the brand has also ensured its after-sales service reach by becoming ‘India’s Largest Smartphone Service Network’. This has helped consumers connect with Redmi India across 19500+ pin codes with a network of 2000+ service centers.

In the last 8 years, it has garnered over 38,00,000 ratings on its partner platforms with an average rating of 4.5/5 consistently. According to the recent CMR ‘Insights on the Go’ survey for October 2022, Redmi emerged as India’s top ‘Quality Smartphone Brand’ in the Rs 7,000 to Rs 35,000 segment.