Yarmolenko, Bencharki and Gander are the best attackers 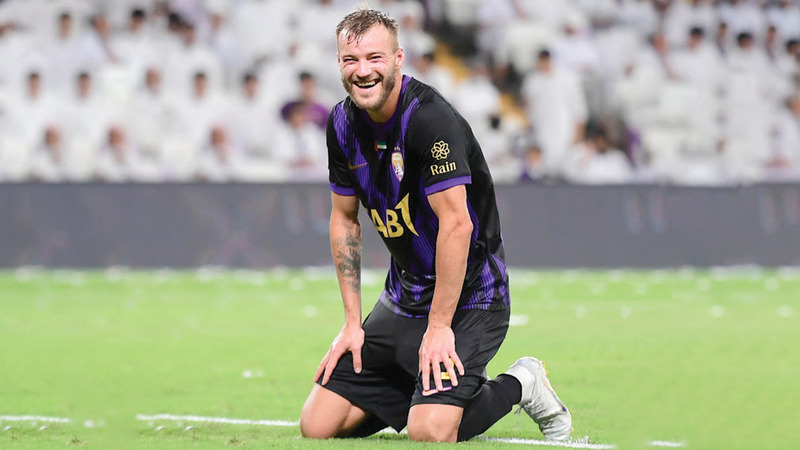 Eight stars shined among the new foreign deals in the sky of the second round of the ADNOC Professional League, as the trio of Al-Ain player, Ukrainian international Andrei Yarmolenko, Al-Jazira player Ashraf Bin Sharqi, and Al-Nasr player Gander Breno imposed themselves as the best players in the attack, while a player formed the centerpiece of the Kalba Union. The Slovakian Philip Kesey and Al-Nassr defender, Lucas Alves, are the safety valve for their two teams.

According to official statistics issued by the UAE Pro League, Al Ain player, Ukrainian international Yarmolenko, maintained his lead in the list of influential passes for the second consecutive round, after raising his balance to eight passes, and it was remarkable that Al Wahda team leader, Ismail Matar, has the same number of passes He explains that the latter still retains his footballing talent and that the conflict may be confined between them.

Al-Nasr player, Brazilian Gander Breno, known as “Gaga”, topped the list of the most new foreign players who crossed the ball after two rounds.

The Kalba Union player, the Slovakian Philip Casey, deserved the title of “The Watchtower”, as he maintained the lead in the most successful air confrontations at the level of new and old players, with 14 interventions, taking advantage of his impressive height of 198 cm, and the same player tops the list of the most confrontations Successful in total with 23 matches.

Al-Nasr defender, Brazilian Lucas Alves, “29 years old”, known as “Lukau”, who comes from the Greek Bas Lamia, imposed himself in the list of the most correct passes players, and it was remarkable that despite his position that does not accept any mistakes, he was able to pass 127 passes. Correct, occupying fourth place in the list led by his colleague Tariq Ahmed with 192 passes. The trio of Al-Bataeh’s defense line formed a milestone, topping the list of players with the most distractions. Hamdan Nasser topped the list with 19, followed by the Portuguese Ortor Georgi, who moved to the team’s ranks this season with 17 distractions, and his colleague Habib Youssef comes with 17 distractions as well.

Al-Jazira player, the 27-year-old Romanian international Florin Tanasi, who came from the Romanian club Steaua Bucharest, appeared in the list of the most players who had paid the most on goal, and occupied the list of the most recent foreigners who had paid six times in the list, which is led in total by the Al Ain striker, the Togolese international Laba Kodjo with 15 shots. .

Al Dhafra midfielder, Moroccan of Dutch nationality, Mohamed Rayhi, occupied the list of the most new players in coverage, 17 times, despite his offensive roles, while Dibba goalkeeper Hamid Abdullah topped the list with 24 coverage.

Statistics of the most prominent new players after two rounds

■ The most distracted balls: Georgi, player of the bowl (17 distractions).