Yemen.. 7 civilians were killed and injured in a Houthi mine explosion 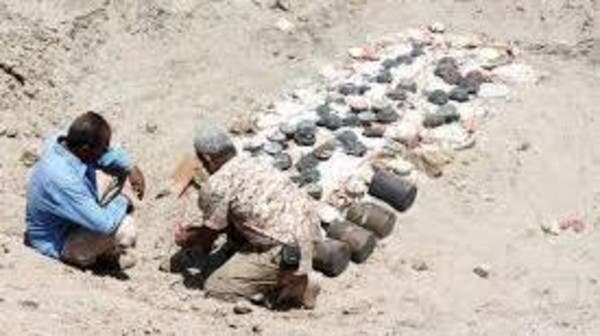 Seven civilians were killed and wounded, when a landmine planted by the Houthi militia, the Iranian arm in Yemen, exploded on a road in the Marib Governorate, in the northeast of the country.

Today, Monday, the Yemeni Landmine Monitor said that 4 civilians were killed and 3 others were injured when a Houthi landmine exploded in a civilian vehicle while it was passing by a secondary road in Wadi Harib in Marib Governorate.

In addition, the Yemeni Landmine Observatory reported that the civilian, “Abdullah Bahis Harmali, 25 years old, was wounded in separate ways, including amputation of his right foot, when a single Houthi mine exploded, in the “Al-Taba Al-Muallaqa” area, north of Haradh District, Hajjah Governorate.

The Houthi militia alone among the parties to the conflict in Yemen is using mines in its war against Yemenis, and it has planted about two million mines in several areas of the country since 2015, according to the estimates of mine conflict experts.

Since the beginning of the war, the Houthi militia has planted large numbers of mines in several governorates, and tried to hide them in different shapes, colors and methods, which led to the killing and wounding of hundreds of citizens, including the elderly, children and women.

These mines, which were planted indiscriminately and without maps, claimed the lives of thousands of civilians and seriously injured tens of thousands of them, and some of them were turned into persons with disabilities.