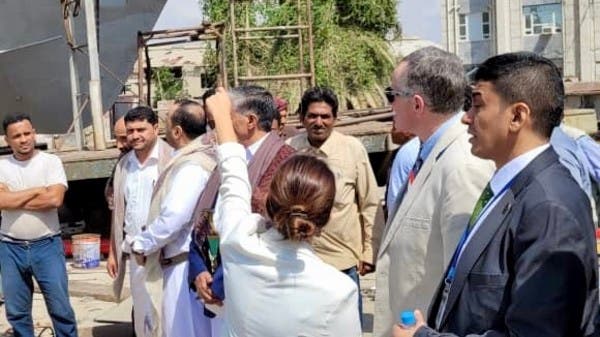 The local authority in the coastal governorate of Hodeidah, in western Yemen, accused the United Nations Mission to Support the Hodeidah Agreement “UNMHA” of misleading the international community about the situation in the city’s three ports (which are under the control of the Houthi militia), and demanded the formation of a committee to investigate the validity of what was stated in the mission’s statement. the last one.

A few days ago, the United Nations Mission in Support of the Hodeidah Agreement said that it “was able to increase its routine patrols to the three ports, to support the maintenance of its civilian character.”

An official statement issued by the local authority in the Hodeidah governorate said that the UN mission’s talk that it maintains the situation in the ports of Hodeidah, Saleef and Ras Issa with its civilian character is contrary to reality, and misleads the international community with the realities of the reality imposed by the Houthi militia.

She added that the Houthis had deliberately dismissed the leaders of the three ports, and appointed others loyal to them.

She pointed out that the Houthi militia deployed naval mines near the floating Safer tank off the port of Ras Issa, and confirmed that mines explode in the three ports from time to time without a serious stance by the UN mission.

The local authority in Hodeidah called for an immediate halt to “Houthi terrorism, and the formation of a committee to investigate what was stated in the UN statement.”

The coalition also displayed pictures of a Houthi military test area near the Salif port, pointing out that the militia is testing booby-trapped boats near the port.

He explained that the militia is using the Iranian “Noor” missile system to target ships off Hodeidah, presenting evidence of boat booby-traps and their experience to threaten international navigation.