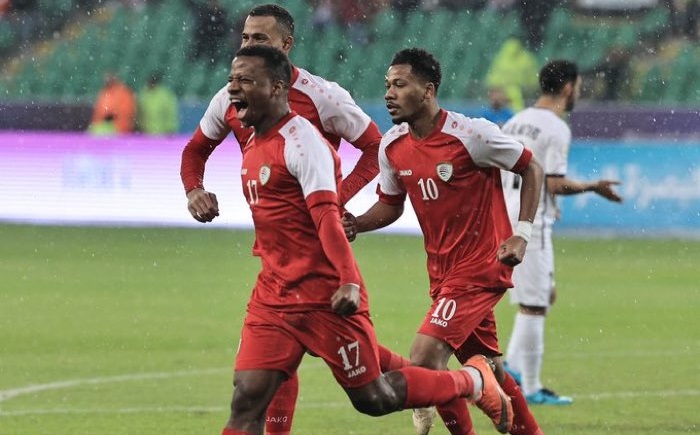 The Omani national team achieved a very difficult victory over the Yemen national team, 3-2, in the match that brought them together tonight, at Basra Stadium, in the second round of the group stage for the Gulf 25.

Omani Red raised its tally to the fourth point to put forward in the semi-finals, awaiting the outcome of its last match against Saudi Arabia next Thursday, while the Yemeni team left the championship competitions after two consecutive losses.

Ali Abbas advanced to Al-Ahmar after only two minutes, before the Yemeni national team responded with two goals through Abdul-Waseeh Al-Matari, from a penalty kick “12”, Omar Al-Dahi “30”, but Arshad Al-Alawi managed to equalize for the Omanis, “37”, to end the half. The first at that score.

In the second half, Essam Al-Sobhi succeeded in scoring the third goal and the goal of progress (47).

The match was enthusiastic and exciting in its first half, as the Yemeni team was a strong match for the Omani team and was not affected by the early goal that conceded its net, but rather missed two chances before getting a penalty kick, from which it scored the equalizer.

The adventure of the Yemenis continued after the equalizing goal, and Ahmed Maher missed the opportunity to score a goal while he was at the goal gate, but he was unable to deposit it into the net, after which Omar Al-Dahi succeeded in embarrassing the Omanis by scoring one of the most beautiful goals of the tournament from a court shot, amid the astonishment of the Omani players and their fans in stands.

But the goalkeeper of Yemen refused to preserve the happiness of his country, so he fell into the forbidden and failed to deal with Arshad Al-Alawi’s shot, despite its ease, to equalize the Omanis, who missed a penalty kick before the end of the first half through Arshad Al-Alawi, who fell to the ground when he hit the ball because of the water that flooded the field.

In the second half, the Yemeni national team appeared less than it was in its predecessor, and its players remained most of the time in the middle of their stadium, especially after they conceded a goal two minutes after the start of this half and at the same time as Oman’s first goal, when Issam Al-Subhi succeeded in exploiting a rebound from the crossbar. And the goal is free from his guard to deposit it into the net.

And with the calculated time instead, the Yemeni team almost equalized from a penalty kick, which Muhammad Al-Dahi missed, thanks to Omani goalkeeper Ibrahim Al-Mukhaini, who saved the game.