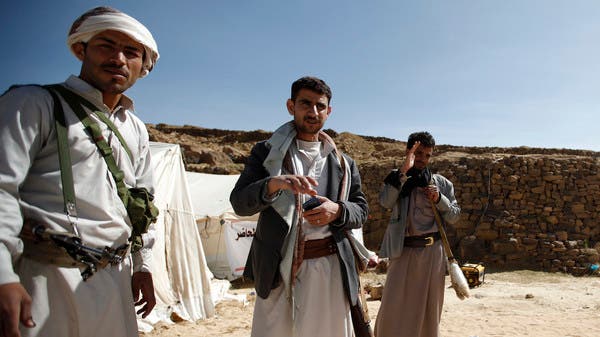 The Houthi militia blew up three houses for citizens of the Sila tribe in the Al-Asha district of Amran governorate, northern Yemen.

The “Civil Commission for Victims of House Explosions in Yemen” condemned the crime of the Houthi terrorist militia’s bombing of the homes of citizens in Amran Governorate, in full view of the world.

The commission said in a statement that “the coup militias blew up, last Wednesday, the homes of the citizen Saeed Selah, Jamil Ali Jubran Selah and the citizen Nawaf Ali Jubran Seila in the Al-Sila area, the center of the Al-Asha district of Amran governorate.”

The statement added, “This crime is not the first and will not be the last committed by the militias against Yemenis who violate their project ideas and beliefs. Rather, it comes within a series of systematic terrorist crimes practiced by the Houthi militia on an almost daily and organized basis.”

The statement pointed out that the crimes committed by the Houthi militias of looting and bombing of citizens’ homes are war crimes under international conventions and treaties, foremost of which is the Fourth Geneva Convention, and in violation of all heavenly laws and prevailing laws and customs.

In its statement, the commission called on the United Nations Security Council, United Nations organizations and bodies and all international organizations concerned with human rights to condemn such crimes and terrorist practices and to work to hold the Houthi militias and their leadership accountable for the crimes of murder, kidnapping, displacement, bombing of homes, child recruitment and kidnapping of women.

The Houthi militia resorts to bombing the homes of its opponents, in the context of forced displacement, terrorism, subjugation of the rest of the population and revenge against opponents, according to the description of a human rights report.

A report by the “Civil Authority for Victims of House Explosions” had monitored the bombing of 816 houses by Houthi militias in various governorates since their coup against the legitimate authority in 2014 until mid-2020.