Yemen Interior: Al-Houthi seeks with Iranian support to flood the country and its neighbors with drugs 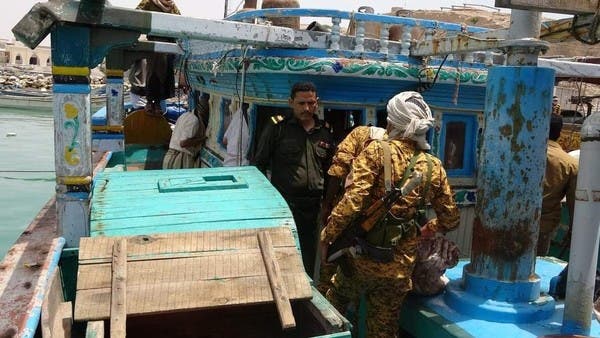 Yemeni Interior Minister Ibrahim Haidan accused the Houthi militia of seeking to flood his country and neighboring countries with drugs and trade them with Iranian support, with the aim of financing its “futile” war and brainwashing young people to send them to the crematoriums of death.

This came in a press statement by the Yemeni Interior Minister, on the occasion of the International Day for Combating Drugs, under the slogan “Report the facts, save lives”, which falls on June 26 of each year.

Haidan described what he called the “Iranian Houthi coup militia” as the other side of the drug scourge, which he said represents “an imminent danger to Yemen and Yemenis, and to security and stability in the region and the region.”

He added that the Houthi militia “worked, with direct support from Tehran, to flood (Yemen) and neighboring countries with drugs. Rather, drugs have become a weapon in their hands that they use to brainwash the younger generations and plunge them into the flames of absurd battles.”

The Yemeni Minister of Interior presented the achievements achieved in the field of drug control last year, which included the seizure of (77) crimes of drug abuse, (9) crimes of drug smuggling, and (34) crimes of trafficking and promotion.

The World Drug Day was considered an occasion to unify the efforts of the global community in the fight against drugs and their destructive effects on life and humans. It is also a day when alarm bells ring all over the world, to alert everyone to the danger of drugs, which are no longer threatening a particular society or country per se, but rather the entire human community, according to his expression.

The Yemeni Minister of Interior stressed the need to convey the slogan of the celebration to every house, village, district and governorate in Yemen, and to clarify the danger and ugliness of drugs.