Yemen.. The arrival of the sixth batch of the Saudi oil grant 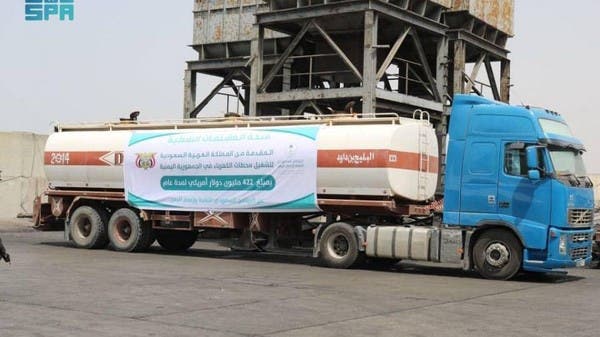 Today, Thursday, the sixth batch of oil derivatives grant provided by Saudi Arabia through the Saudi Development and Reconstruction Program for Yemen, to operate power stations in the liberated governorates, arrived at the oil port in the temporary Yemeni capital, Aden.

The official Yemeni news agency stated that the fuel ship carrying 60,000 metric tons of diesel entered the berth of the oil port in Aden.

She explained that it is scheduled to complete the arrival of the sixth batch of the oil grant in the coming days, with the arrival of about 30,000 metric tons of mazut at the oil port.

The technical teams and the competent authorities conducted, upon the arrival of the ship, inspection and inspection of the diesel material, to ensure its compliance with the approved specifications, in preparation for the start of the process of pumping fuel to the tanks designated for the oil grant in the Aden Refineries Company.

It will also carry out the process of distributing fuel in accordance with the approved procedures for power stations in the governorate of Aden and the rest of the beneficiary governorates according to the quantities approved for them, leading to the receipt of fuel in the tanks of the power stations under the supervision of the supervisory committees and other relevant authorities.

The grant, amounting to $422 million, with a total amount of 1,260,850 metric tons of fuel, aims to operate about 80 power stations in the government’s recognized areas of influence.