Yemeni army: 4 soldiers were killed in 288 Houthi violations of the UN armistice in 3 days 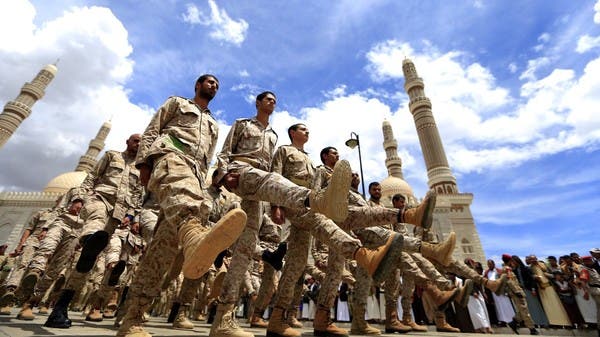 On Friday, the Yemeni army announced the killing of four of its soldiers and the wounding of 17 as a result of the Houthi militia’s violations of the UN truce during the past three days.

The Yemeni army’s media center said, in a statement, that “the Iranian-backed Houthi militia committed 288 violations of the UN armistice during the past three days (Tuesday, Wednesday, and Thursday: June 14-16) on various fighting fronts.”

He confirmed that the army forces thwarted, on Wednesday (June 15), several infiltration attempts by armed Houthi groups towards important military sites on the Al-Mashjah and Al-Kasara fronts, west of Ma’rib.

The statement added, that the rest of the violations varied between shooting with heavy and medium weapons and booby-trapped drones at army positions on all fronts, explaining that four soldiers were killed and 17 others were wounded.

He pointed out that the Houthi militia continued to create artillery positions and to bring in human reinforcements and combat equipment, including Katyusha launchers, to various fronts, most of which were concentrated on the western and southern fronts of Ma’rib.