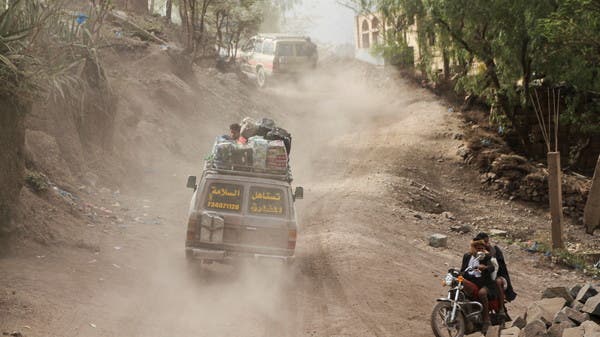 Head of the Yemeni government team negotiating the opening of the main roads to Taiz, Abdul Karim Shaiban, confirmed on Wednesday that the Houthi group insists on its opinion to open secondary roads that do not meet the needs of citizens in Taiz Governorate, southwest of Yemen.

Shaiban explained that the roads that the Houthis insist on opening for 150 years are old, mountainous and rugged roads that are not suitable for cars and vehicles to pass through, and are far from the city and residents of Taiz, according to what was reported by the “Yemen Monitor” website.

The Yemeni official accused the Houthis of trying to tamper with the decision of the UN envoy, Hans Grundberg, at the same time holding the UN envoy responsible for taking a strong condemnation decision against the Houthis.

The head of the government delegation called on the international community to stand behind this decision and to impose sanctions against the Houthi group, as it obstructs the armistice.

He pointed out that the truce is a complete and indivisible package signed by the government and the Houthis, including the opening of Taiz roads and then the rest of the governorates.

He added: “Al-Houthi is evading and wants to continue the siege of Taiz and use it as a political card to maneuver with it gains that he wants to achieve in the future.”

The Houthi militia formally informed the UN envoy to Yemen, Hans Grundberg, of its rejection of the revised proposal he submitted at the conclusion of the second round of negotiations held in Jordan.

According to the letter sent by the head of the Houthi Negotiations Committee, Yahya al-Razami, to the office of the UN envoy, the militia affirmed its adherence to its unilateral proposal, which it presented before the second round of the Amman negotiations, and its rejection of Grundberg’s proposal.

The Houthi message added that the path proposed by the UN envoy (Asaigra – Softel) needs further study, and that it will be discussed in the next joint meeting.

The militia renewed its unilateral proposal to open roads in two phases. The first phase includes opening the road (Salah-Abaar-Al-Sarmin-Damna-Al-Hawban-Sana’a line), and the Lahj-Aden road (Al-Shiha-Karsh-Al-Rahda-Al-Hawban-Sana’a line), while the stage includes The second, the fifty-sixteenth road, the air defense, the city of light, in exchange for the opening of the other side of the road to Al-Dhalea (Maris – Damt).

The failure to reach an agreement regarding the Houthis’ lifting the siege on the city of Taiz is considered a major threat to the continuation of the truce that has been in place since April and was extended this month until next August.