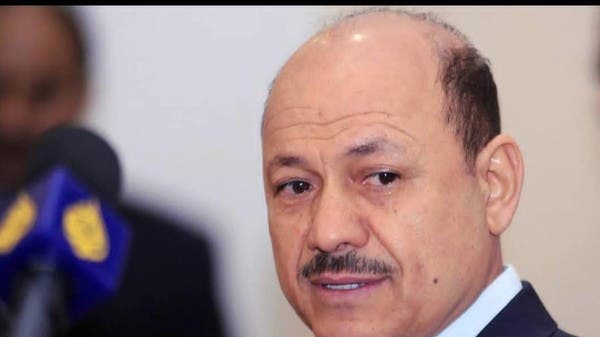 Yemeni President Rashad Al-Alimi expressed, on Wednesday, his understanding of the peaceful protests in the temporary capital of Aden, commenting on the escalation of the wave of angry popular protests, denouncing the deterioration of electricity and water services and the deterioration of living conditions with the return of the collapse of the national currency exchange rate.

The Yemeni president pledged to make more efforts to obtain urgent exceptional aid to alleviate this stifling crisis in the electricity sector, which he said “needs quick interventions away from all corruption, routine and bureaucracy.”

1- I have followed with great pain and great interest the popular protests in the beloved city of Aden, and I understand their causes and justifications, and I promise you that I and the members of the Presidential Leadership Council will make every effort to take everything that can be done.

“All I ask of you is to give us more time to address the problem and overcome these complex crises,” he said in tweets on his Twitter account. Al-Alimi also expressed his great pain for the critical conditions experienced by the Yemeni people at all levels, since the Houthi militia backed by the Iranian regime blew up its ongoing war for the eighth year, as he put it.

He added, “The Presidential Council will oblige the government to carry out its duties in a different way than it was in the past, so that the minister in it will be an employee in the service of the people.” The Yemeni president expressed his understanding of the reasons and justifications for these protests, promising to work and members of the Presidential Leadership Council to make every effort to take everything that can be done to overcome these conditions.

Yesterday, Tuesday, Yemeni Prime Minister Maeen Abdul-Malik said that the economic situation will witness a breakthrough in the near future and will be felt by all citizens, with the arrival of announced support from the brothers in the Kingdom of Saudi Arabia and the UAE.

This came during his visit to the headquarters of the Central Bank of Yemen in the temporary capital, Aden, to review the progress of work and the bank’s plans and programs to control the stability of the national currency exchange rate in the context of promoting integration between fiscal and monetary policy, according to the official Yemeni news agency “Saba”.

The Prime Minister heard from the leadership of the Central Bank an explanation about the plans and programs of the bank in using and employing the support provided by the brothers in Saudi Arabia and the UAE, which helps to achieve stability in the currency exchange rate and control inflation rates, in accordance with the best transparent and governance applications, in addition to strengthening the bank’s external reserves. In order to enable him to face existing and expected obligations and challenges.