Yemeni Presidential: All options are available to restore the state from Iran’s arm 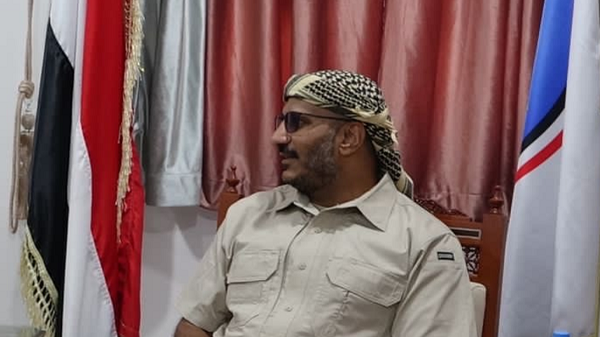 A member of the Yemeni Presidential Leadership Council, Brigadier General Tariq Saleh, said on Saturday that the Riyadh consultations and their outcomes produced a major political change in the Yemeni arena, and brought about a peaceful and smooth transfer of power.

This came during his meeting with leaders of the local authority, directors of executive offices, political and social figures, sheikhs, dignitaries and dignitaries in the districts of the West Coast in Taiz Governorate.

Saleh indicated that the tasks of the Presidential Command Council to manage the transitional period are to bring peace to Yemen, restore the state, and end the coup by peaceful means, stressing that all options are available to the Yemeni forces that are fighting to restore the state, establish security and stability in the region and prevent foreign projects.

He stressed that the Presidential Leadership Council is working as a team and in complete harmony to restore and activate state institutions, and that there is a plan to revive the capital, Aden, at the level of infrastructure, to create a role model so that citizens in the liberated areas can live in security and stability and obtain state services, and that there are institutions An effective citizen that takes care of the citizen, with the interaction of the government side and the concerted efforts of all.

A member of the Presidential Leadership Council pointed to the suffering that citizens are experiencing as a result of the Houthi militia’s continued coup.

He said: Iran’s arm in Yemen must be aware that the war crushed the Yemeni citizen during seven years and wasted a lot of public and private property, and destroyed the infrastructure.

He added: The warlords of the Houthi militia are the beneficiaries of the continuation of the war through levies, looting money and property, and implementing an agenda that is not in the interest of Yemen, and that they are not in the mentality of the state and will not be able to build a state; Because they came within the framework of an armed group that implements the orders and agenda of the Iranian project and the Khomeini revolution, and they were implanted in the body of the Yemeni nation to disturb and sabotage the Arabian Peninsula and control the sanctities and wealth of the region.