Yemen’s delegate to the United Nations: We are committed to a peaceful solution to end the crisis politically 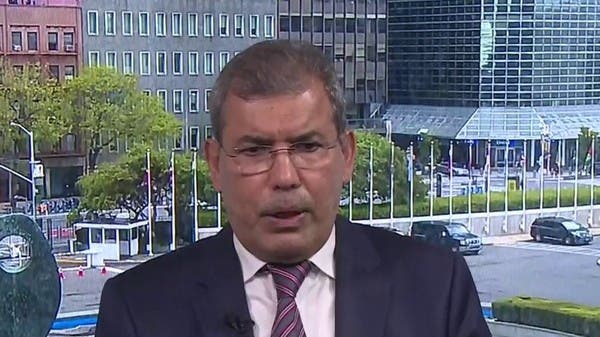 Yemen’s permanent representative to the United Nations in New York, Abdullah Al-Saadi, held one-on-one meetings with the permanent delegates of the new members of the Security Council, Brazil, Gabon and Ghana, where he stressed the important role of these countries in addressing the Yemeni crisis.

And the Yemeni News Agency reported on Wednesday that Al-Saadi reviewed with the three delegates the political developments, the economic and humanitarian conditions, stressing the aspiration to make more efforts to address the Yemeni crisis by “raising the level of pressure on the Houthi militias and the Iranian regime behind them to comply with peace efforts and abandon the military option.”

And the three countries occupy seats in the Security Council as of next January.

Al-Saadi also affirmed “the Yemeni government’s commitment to a peaceful solution to end the crisis through a political process led by the United Nations in accordance with agreed references locally and internationally.”

He said, “The Yemeni government made many concessions to end the conflict, preserve Yemeni blood and alleviate the human suffering caused by the Houthi coup. It welcomed all initiatives and proposals aimed at achieving comprehensive and sustainable peace, and positively engaged with all efforts aimed at achieving this goal, including its welcome to the invitation of the Secretary-General of the United Nations.” for a comprehensive cease-fire.

He added that the government also welcomed the Saudi initiative, but this was met with “the intransigence of the Houthi militias, their rejection of all initiatives, their continuing escalation and compromising the suffering of Yemenis by refusing to abide by the ceasefire, which represents the first important step to alleviate human suffering, and to continue their brutal attack on Marib Governorate, which has become a haven.” The latter is for millions of displaced people and fleeing Houthi crimes and violations.

For their part, the delegates of Brazil, Gabon and Ghana expressed their countries’ full support to the Yemeni government and the achievement of peace and stability in Yemen through the UN-led political process.

The three delegates also stressed “the need for immediate commitment to the ceasefire, stopping the Houthi escalation in Marib and returning to the dialogue table,” and indicated their readiness to work with all members of the Security Council to translate the council’s commitment to the sovereignty, independence, unity and territorial integrity of Yemen, according to the agency.