Yemen’s Foreign Minister: The Houthi militia has squandered all chances for peace 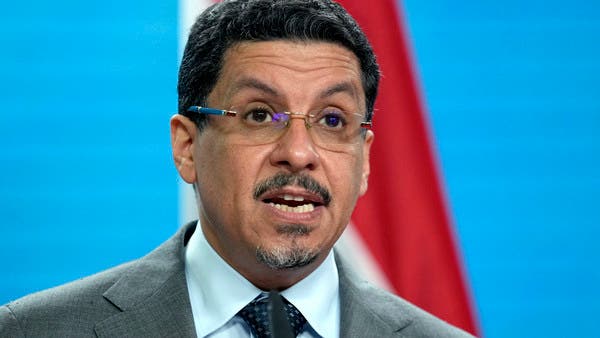 Yemeni Foreign Minister Ahmed bin Mubarak said today, Thursday, that the Houthi militia deliberately missed many opportunities to advance the political process in Yemen, because of its rejection of all international and regional peace initiatives.

Bin Mubarak stressed that the Houthis continue their intransigence in refusing to shoot, and their threat to international navigation by deploying naval mines and launching attacks on commercial and civilian ships, pointing to the militia’s piracy on the “Rawabi” ship, and its rejection of all calls for the release of the ship and its crew.

Members of the Houthi militia in Sanaa – AFP

This came during a virtual meeting he held with Norwegian Minister of Foreign Affairs, Anken Hoetveldet, to discuss the latest political, economic and military developments in Yemen, and efforts to achieve peace.

The meeting discussed the repercussions of the Houthi militia’s military escalation and its rejection of the ceasefire proposals on the Yemeni people, especially at the economic level, according to the official Yemeni News Agency.

He also touched on the serious violations and threats carried out by the Houthi militia in the Red Sea and the recent acts of piracy against one of the civilian ships flying the Emirati flag, in addition to continuing to spread mines indiscriminately and attacking commercial ships.

The meeting reviewed the efforts made to address the issue of the Safer oil tank and the importance of continuing those efforts to spare Yemen and the region the risk of a potential environmental disaster due to the Houthi militia’s continued refusal to cooperate constructively with the United Nations to inspect and maintain the tank and avoid the risks of oil leakage or explosion.

The Norwegian Minister of Foreign Affairs stressed her country’s continued support for Yemen, its unity and territorial integrity, and the continuation of efforts aimed at reaching a peaceful solution that leads to ending the war and restoring security and stability in Yemen.