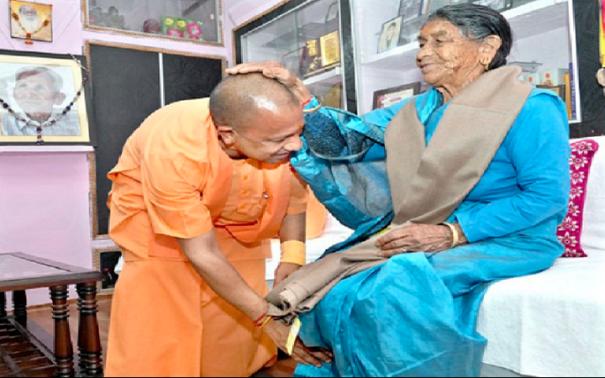 Yogi Adityanath becomes Uttar Pradesh Chief Minister for the second time. In this context, he left for Uttarakhand yesterday on a three-day visit. There he moved to his native village of Panjur in the Pauri Garhwal district. There he met his mother Savitri Devi. Five years later he met his mother.

Yogi Adityanath last visited his hometown in February 2017. In April 2020, Yogi Adityanath’s father Anand Singh passed away. But even then he did not go there because of the corona Pandemic. In this case, the second time UP. Following his election as Chief Minister, Yogi Adityanath met his mother and received blessings.

Earlier yesterday he unveiled the statue of Mr. Guru Gorakhnath Mahavidyalaya Vidyani at Yamkeshwar. For the second day today he is inaugurating the Bhagirathi Hotel, developed by the Uttar Pradesh State Tourism Development Corporation.