‘You are as determined as Bhishma…’ – Rajnath Singh praises soldiers 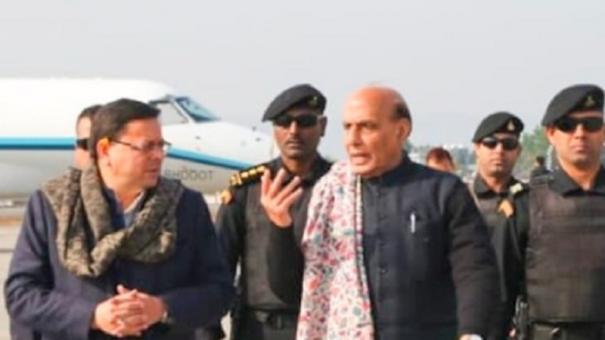 He then said, “In Indian mythology there can be no one as decisive as Bhishma Pitamagan. There is no ex-soldier like him. His determination is like iron. Even today when someone takes a decisive oath it is compared to Bhishma’s determination. That oath is called Bhishma Prayatana. Similarly our young soldiers are determined.” There is no dull moment in life.Soldiers are exemplary in their work rain or shine.You are a symbol of sacrifice and love for others.

Whenever this nation has felt the need for brave soldiers, Uttarakhand soldiers have come forward. “Their unparalleled bravery has played a major role in maintaining the unity of the nation,” he said. Today, Veterans Day is observed across the country in Jhunjhunu, Jalandhar, Bhanagar, New Delhi, Dehradun, Chennai, Chandigarh, Bhubaneswar and Mumbai.

First, on 14 January 1953, General Gariappa, the first Commander-in-Chief of the Indian Army, retired. To commemorate this, the Veterans Day has been observed since January 14, 2016.