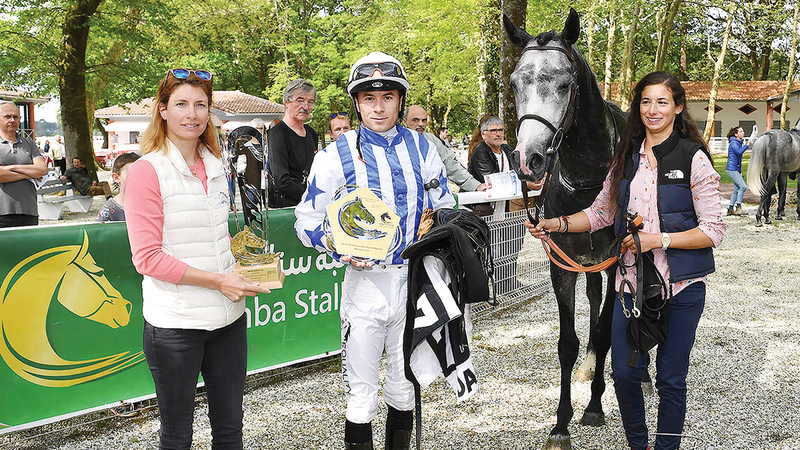 The dowry “Younis”, of Sheikha Iman Al Thani, under the supervision of Francois Rohat and led by Valentin Segui, snatched the title of the Stallion’s Cup Race – Berry Aisha, the day before yesterday at the French Dax Racecourse. The Al Wathba Stallions Cup series is held in line with the festival’s strategy, with the aim of supporting owners and educators on the local scene, and in most countries of the world, and the message has achieved great success and the goals set for it.

The race was held for a distance of 2,100 meters on the grass track, in which elite horses aged four years and over participated, competing for financial prizes of 14,000 euros, and the race was exciting and equal to the finish line.

The four-year-old champion, who is a descendant of “Assi”, surpassed 0.75 length from the “previous H” of Fayez Al-Alit, under the supervision of Thomas Forsey and led by Sebastian Martino, with a time of 2:25:10 minutes.

In third place came the mare “Zara Star” by Mahdi bin Masoud, under the supervision of Oliver Trigodet, and led by Alejandro Cortez.