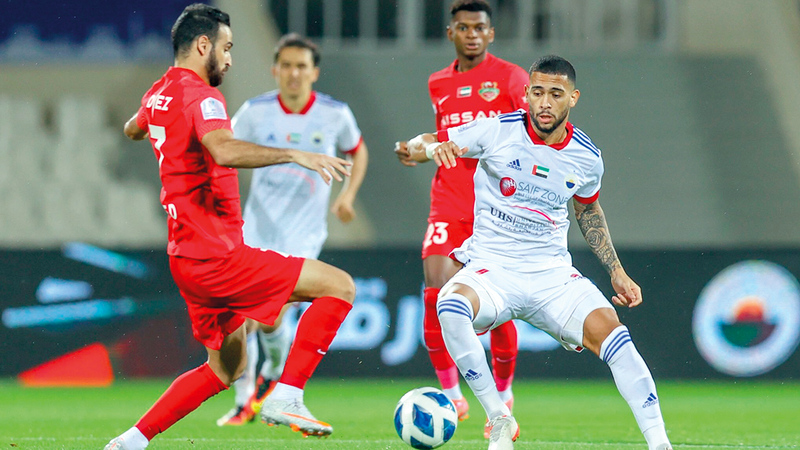 The dialogue between the Portuguese coaches, Leonardo Jardim and Romanian Olario Cosmin, is at the forefront, as they are among the most prominent names in the 15th edition of the Professional League, and both Al-Ahly and Sharjah youth are betting on their abilities to win the shield.

Shabab Al-Ahly made a technical change by contracting with the Portuguese Leonardo Jardim, because of his distinguished biography, after his achievements with French Monaco, and winning the Asian Champions League title with Al-Hilal Saudi Arabia. The preparation period in the Serbia camp was ideal, and the team completed its contracts for the first time since A long period early, before he suffered a painful blow after his Serbian defender, Bogdan Blanic (30 years), was injured during the warm-up process before the friendly match against Al Wasl.

The Portuguese coach will not face a problem, especially since the team includes a group of the best defenders in the country, most notably Muhammad Marzouk, Walid Abbas, Muhammad Jaber and Hamdan Al Kamali, while the Dubai Knights strengthened its ranks by contracting with the Syrian Omar Khirbin, who has two successful experiences with Al Dhafra and Al Wahda, in return he kept Shabab Al-Ahly beat Iranian Ahmad Nourallah, Argentine Cartabia and Uzbekistan Ganyev, and also supported their ranks with resident players by contracting with Brazilian defender Renan Victor DaSilva, and his compatriot midfielder Caio Eduardo.

For his part, Sharjah enters the new season with great ambitions to compete for the title led by Olario Cosmin, who has previously won the shield four times and is the most coach to achieve this achievement in the history of the professional league.

Sharjah was active in the summer transfers and opened it with the most important deal, which was the inclusion of Majed Hassan from Al-Ahly youth, and also contracted with Al-Ain playmaker Rayan Yeslam, in addition to contracting with Spanish striker Paco Alcacer, while he dispensed with the Uzbek Otabek Shukurov, the Brazilian Bernard and the Congolese Malango, and he was not among the team’s professionals. Last season, except for the Brazilian Caio Lucas, who continues with the team for the fourth consecutive season, and at the level of resident players, Sharjah kept the trio of Osman Camara, Gustavo, Marcos Meloni and Luan Pereira.