YU Lalit sworn in as Chief Justice of the Supreme Court 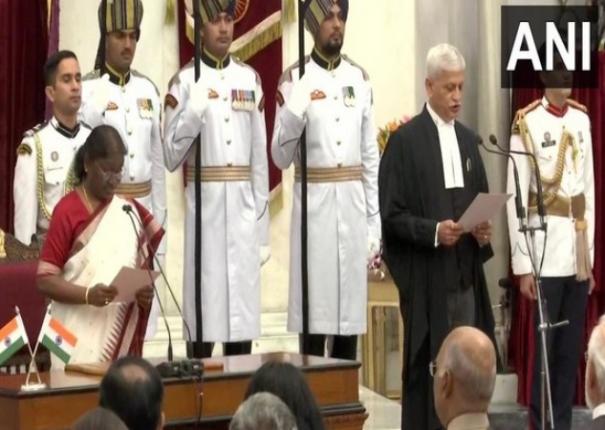 Uday Umesh Lalit (UU Lalit) was sworn in as the Chief Justice of the Supreme Court. He was administered the oath of office by President Drarubathi Murmu. Prime Minister Narendra Modi, Ministers, Supreme Court Judges and many officials participated in the event.

YU Lalit, who has been sworn in as the 49th Chief Justice of the Supreme Court, will hold the post for only 74 days. Also he will retire as he turns 65.

Speaking at the division felicitation ceremony of NV Ramana, who was the Chief Justice of the Supreme Court yesterday, U.U. Lalith said, “NV Ramana has made various revolutions during his tenure. It is not so easy to replace his work. The revolution he left behind is on me. “Expectations have increased. I want the working hours of the Supreme Court to be changed a little earlier. Similarly, priority should be given in listing cases for judicial hearings according to the nature of the case and transparency should be enforced. Similarly, reforms will be made in the Supreme Court so that a constitutional session can function throughout the year,” he said.

In this case, YU Lalit has taken oath as the 49th judge of the Supreme Court today. Born in 1957 in Mumbai, Maharashtra, U.U.Lalith started working as a lawyer in 1983. He practiced in the Bombay High Court till 1985 and shifted to Delhi in January 1986. He was declared a senior advocate by the Supreme Court in 2004. He became a judge after 10 years.