Yusuf Mirza wins the gold in “Asia track” in India 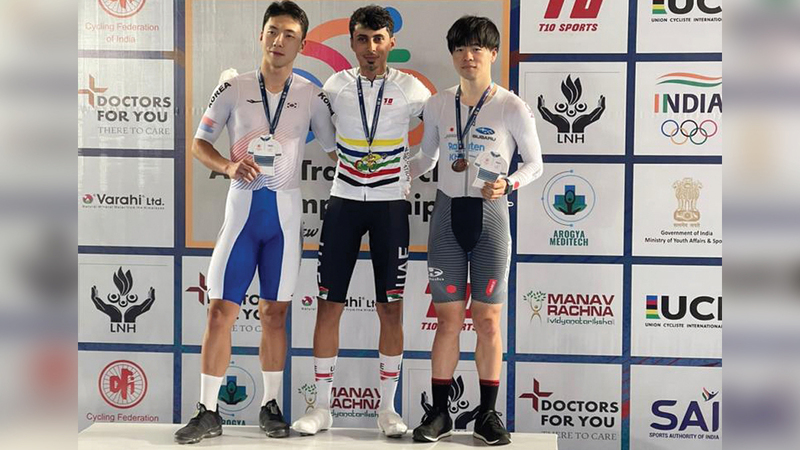 The race witnessed the participation of 12 riders, and Yusuf Mirza succeeded in snatching the gold medal after achieving 69 points, surpassing the Korean cyclist Kim Iro, who scored 61 points, then the Japanese Kojima came in third place, and won the bronze medal.

This medal is the second gold for Youssef Mirza, and for UAE bikes in its history in track championships, as Mirza had previously achieved gold in New Delhi, India in 2019, to return after three years and achieve a new Asian medal.

The UAE will participate in the championship with five riders: Youssef Mirza, Ahmed Al-Mansoori and Saif Mayouf, as well as Sheikha Issa and Huda Hussein, and the latter was close to achieving an Asian surprise in her first participation in the Asian Track Championship yesterday morning, before losing her lead in the last 150 metres.