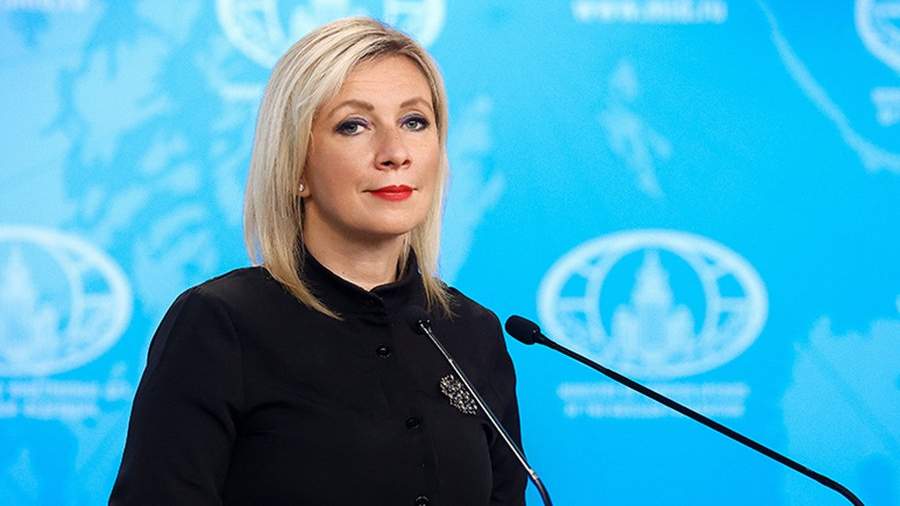 The official representative of the Russian Foreign Ministry, Maria Zakharova, commented on the explanations of Ukrainian President Vladimir Zelensky about his words about the strike on Russia. The message was posted on her Telegram channel on October 7.

The day before, Zelensky urged NATO to launch “preemptive” strikes against the Russian Federation, and not “wait for Russia’s nuclear strikes.” However, the next day, October 7, in an interview with the BBC, he explained that by “preemptive” strikes he meant new Western sanctions to prevent a nuclear war.

The Ukrainian leader claims that he was allegedly misunderstood, and Russia allegedly began to use his statements “in a way that is beneficial to itself and rebroadcast them in other directions.”

On Thursday, after the release of the statement, Zakharova pointed out that the West is fueling a nuclear war at the hands of the Ukrainian president.

At the same time, the press secretary of the President of the Russian Federation Dmitry Peskov stressed that the United States, Great Britain and the EU countries should pay special attention to the statement of the Ukrainian President. He noted that statements about strikes against Russia should not be left without a reaction from the world community.

On October 7, Russian Foreign Minister Sergey Lavrov said that Zelensky’s words about a preventive strike on Russia prove threats to the security of the Russian Federation and the need for a special military operation.

In addition, Sergei Tsekov, a member of the Federation Council committee on international affairs, said that Zelensky should look for an opportunity to dialogue with Russia, and not “talk” about the use of nuclear weapons.