Zakharova is angry.. offensive photos of an American military attache in Moscow 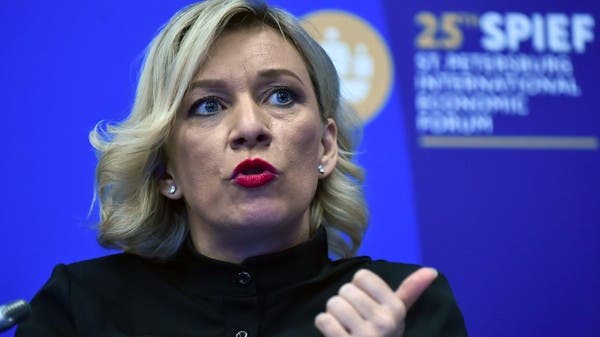 Some offensive pictures of a military attache at the US Embassy angered the spokeswoman for the Russian Foreign Ministry, Maria Zakharova.

In a comment posted on her Facebook account, yesterday evening, the fierce diplomacy commented on some of the abusive pictures circulating of the military attache, Del Samuel, hinting at the necessity of expelling all Western diplomats.

And she wrote sarcastically over a number of photos in which he appeared to make an inappropriate movement against the “Z” slogan, which has become a symbol of the Russians’ support for the military operation launched by their country in Ukraine, “The ambassadors burn bridges…and use their fingers, asphalt and poles in an abusive manner…until Everyone is expelled from Moscow!”

On Wednesday, the Moscow municipality announced the change of the official address of the US embassy, ​​in honor of the separatists loyal to it in eastern Ukraine, in an effort to denounce US support for Kiev. The title of the diplomatic mission is now, “Square of the Donetsk People’s Republic”, the name of one of the two breakaway regions in the Donbas region whose independence the Kremlin recognized in February a few days before the start of the military operation.

It is noteworthy that the Russian official is known for her blunt tongue, and has previously criticized the United States, as well as the West and NATO, which have sided strongly with Kyiv since the launch of the Russian operation on Ukrainian soil 4 months ago.

Since last February, tension has escalated dramatically between Moscow and the West, especially America, which appeared to be the spearhead of the Western campaign against Russia, according to what the Russian Foreign Ministry has hinted more than once.

Moscow, as well as many European countries, exchanged the expulsion of ambassadors, in an expression of the scale of tension ignited by the Russian-Ukrainian conflict on the European continent.