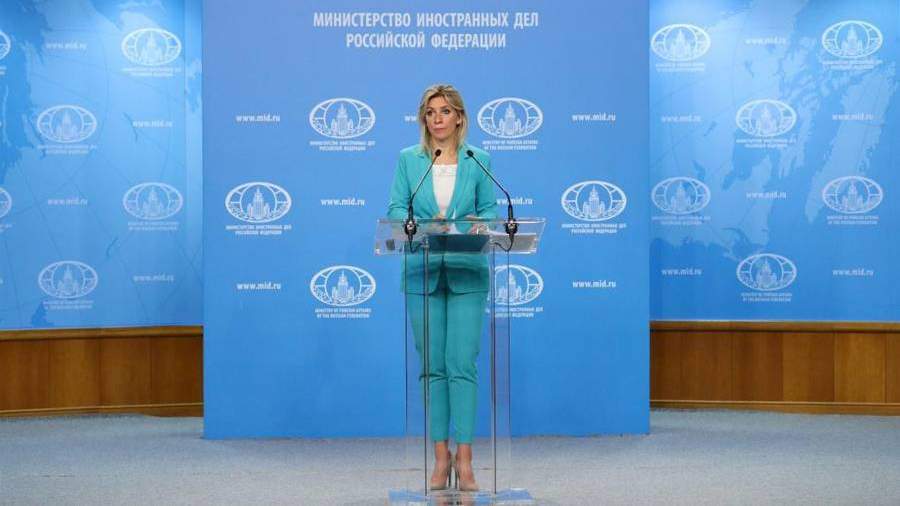 
For many years, Russia has drawn attention to the situation with human rights violations in Ukraine; Western countries did not want to talk about this topic. This was announced on Thursday, July 22, by the official representative of the Russian Foreign Ministry Maria Zakharova.

“We did our best to draw attention to this egregious situation, which had only just degraded, in the public space. As you also know, the executive authorities, representatives of the legislative power of our country have sounded the alarm for many years, ”the diplomat said on the air of“ Russia 1 ”.

According to Zakharova, Russia used to constantly talk about this problem in all formats: in the OSCE, the Council of Europe, and the UN, and also drew the attention of partners to the situation in Ukraine in recent years at the level of the Ministry of Foreign Affairs and the leadership of the Russian Federation.

On July 20, Russia applied to the ECHR with an interstate complaint against Ukraine. The complaint was filed on the basis of Art. 33 of the Convention for the Protection of Human Rights and Fundamental Freedoms.

Russia pointed to the responsibility of the Ukrainian authorities for the death of civilians, illegal imprisonment and cruel treatment of people on the Maidan, in the House of Trade Unions in Odessa and in the Donbass.

On this day, Ambassador Ivan Soltanovsky, Permanent Representative of the Russian Federation to the Council of Europe, commented on the complaint against Ukraine and noted that it was filed due to “the obvious inability of the Ukrainian state to put an end to the ongoing violations by Kiev of human rights, its own Constitution and obligations under international law.”

The Russian Foreign Ministry, in turn, said that the situation in Ukraine left Russia no choice but to involve international courts. As emphasized in the department, we are talking about discrimination of the Russian-speaking population, persecution of journalists and the media, systematic atrocities perpetrated against residents of Donbass, as well as the harmful consequences of the actions of the Kiev authorities on the population of border Russian territories.

At the same time, State Duma deputy from Crimea Ruslan Balbek told Izvestia that he does not believe in the impartiality of European justice. According to him, the lawsuit, most likely, will either be “buried in European offices”, or a “fake trial” will be arranged, where Ukraine will be acquitted on all counts.

Italy wins the European Championship after an absence of 53 years