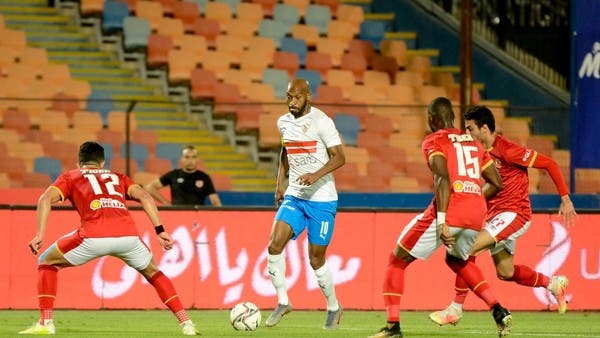 The Zamalek club’s board of directors, headed by Counselor Mortada Mansour, sent an official letter to Dr. Ashraf Sobhi, the Egyptian Minister of Youth and Sports, during the past few hours, in which he objects to the mass attendance in the upcoming summit match against Al-Ahly in the postponed meeting of the 20th stage of the Egyptian Football League competition scheduled for Sunday in the stadium Peace.

Zamalek said on its official website today, Saturday, in the letter: The match between Zamalek and Al-Ahly in the first round was held without fans at Cairo Stadium, and we were surprised that the match between Zamalek and Al-Ahly, which will take place on June 19, will be held with fans, where Al-Ahly will be allowed to enter about 4000 fans and Zamalek about 1500 A fan, which violates the principle of equal opportunities, especially since the first match was played without fans, and the main stadium that receives the two teams’ matches is Cairo Stadium, which is the stadium where the first league match was held. Therefore, holding the match at Al-Ahly Stadium is a serious breach of the principle of equality opportunities.

He added, “Therefore, the Zamalek club’s board of directors refuses to hold a match in Al-Ahly Stadium called Al-Salam Stadium, as well as in the presence of fans. It is located within a residential area, which may cause security problems.