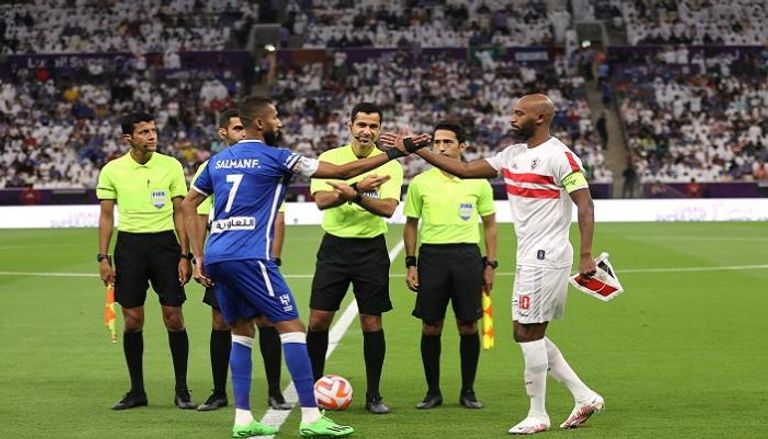 The Portuguese Josevaldo Ferreira, coach of the first football team of the Egyptian club Zamalek, confirmed his satisfaction with the technical return provided by the team’s players during the Saudi Al Hilal match in the Super Lusail Cup, which ended with Zamalek losing on penalties after the original time ended in a 1-1 draw.

“We knew very well that the match would be difficult, because our situation was not good, especially with the match schedule this season,” Ferreira said during the press conference after the match. Unlike Al Hilal, who entered the match in full match fitness.

He added, “The match was difficult, but we were able to provide a good level and keep up with Al Hilal during the match. After being late with a goal, we had to insist on returning, so the match reached the penalty shootout, through which Al Hilal managed to win.”

“I congratulate the Zamalek players for their performance during the match, and I thank the fans who attended to encourage the team and stand behind it in this important match,” Ferreira added.

Talking about the penalty shootout, he said, “The kick that was returned to Al Hilal was not good for us, and in any case, we were able to keep up with Al Hilal despite the team’s lack of physical readiness due to last season’s schedule, and the rest that the team obtained, we are still at the beginning of a new season.”

And when asked about the pressure of the upcoming matches in the African Champions League and the new season’s league, he said, “The Football Association has to make a schedule of matches that matches all the world’s leagues so that the players do not suffer from fatigue, we only have four days before traveling to Cameroon to take part in the African Champions League challenge, it is important for We can get through this stage of the qualifiers.”

He concluded by saying, “Zamalek is determined to present a good season, whether at the level of local championships or the African Champions League. We need a great effort in the new season.”