Zamalek concludes the season with a loss, and Al-Ahly with a broad victory.. El Gouna relegated 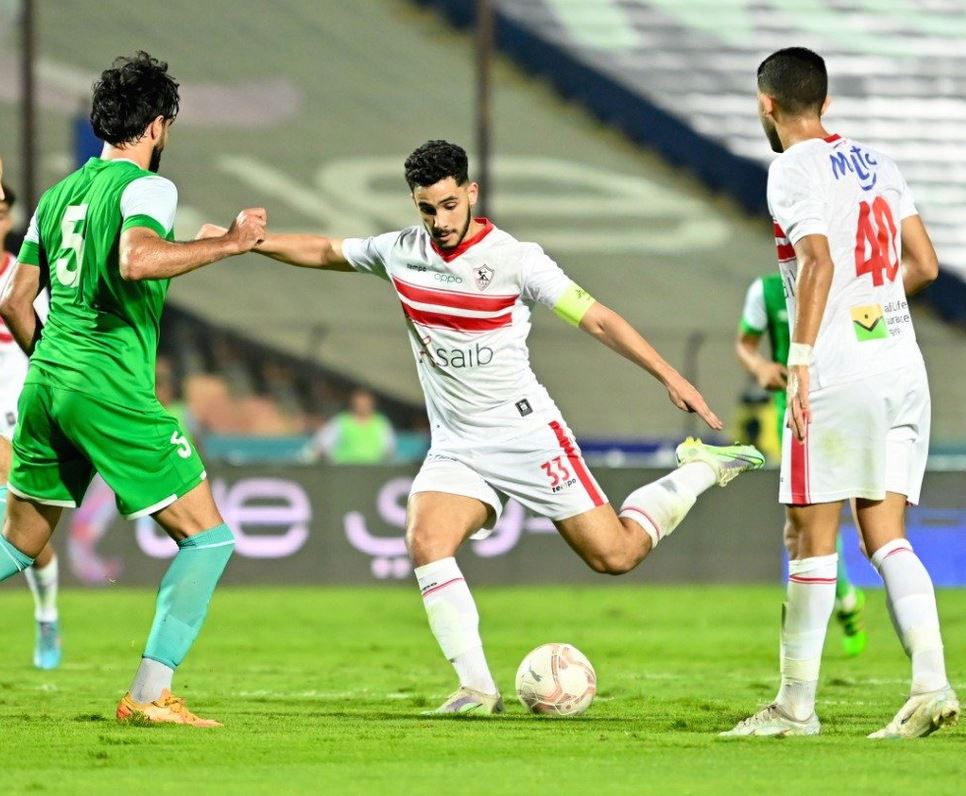 Shabab Zamalek, the defending champion, lost against its relegated guest, Eastern Company, to the second degree, 2-1, yesterday at the end of the Egyptian Football League, while Al-Ahly concluded the season with a broad victory over its guest, Ceramica Cleopatra 4-0, in the thirty-fourth and final stage, which witnessed the relegation of El-Gouna. At the Cairo International Stadium, the goals of Eastern Moody Nasser (26) and Ahmed Hamzawy (63), and Hazem Ashraf (72) scored the difference for Zamalek. This was the first defeat for Zamalek since May 17, when it fell against the Vanguards of the Army (1-0), the nineteenth stage.

Its score froze at 77 points in the lead, while Eastern remained in the 17th place before the last with 33 points. El-Gouna joined the relegated ranks of the second division, despite its victory over its host Pyramids 3-1 at the Air Defense Stadium, after Ghazl El-Mahalla drew 1-1 with its guest Al-Ittihad of Alexandria. Nour El-Sayed (32 from a penalty kick), Amr Saadawi (53) and Hossam Ghanem (81) scored for El-Gouna, while Islam Issa’s goal was scored by Pyramids (60).

He raised El-Gouna to 36 points in 16th place, and fell by the two direct confrontations in favor of Ghazl El-Mahalla 15th with the same points balance, and Pyramids’ balance froze at 71 points in second place. Mahalla was advanced by Abdo Yahya (31) and the result was fair to Al-Ittihad, Karim Al-Deeb (78). Al Ittihad of Alexandria finished the season with 37 points in twelfth place.

Al-Ahly bid farewell to Suleiman
Al-Ahly concluded the season with a wide victory over its guest, Ceramica Cleopatra, by a clean four, at Al-Ahly and Al-Salam Stadium. Before the start of the match, Al-Ahly players bid farewell to their retired colleague at the end of the current season, Walid Suleiman, by wearing special shirts bearing the image of the team’s legend and written on it, “Thank you, Walid Suleiman.” Suleiman had officially announced his retirement at the end of the current season, after his participation in the FIFA Club World Cup in the UAE, in which Al-Ahly finished third.

Al-Ahly quartet scored by Ahmed Sayed Gharib (35), Rami Rabia (68 from a penalty kick), Mozambican Luis Micconi (72) and substitute Raafat Khalil (68). Ceramica played with ten players since the 67th minute after Ghanaian player Kwame Bonsu was sent off for blocking Ahmed Sayed Gharib inside the penalty area. Al-Ahly finished the season with 70 points in third place for the first time in 30 years, specifically since the 1991-92 season, when it finished fourth behind the champion Zamalek, the runner-up Ismaili, and Ghazal Al-Mahalla third.