Zelensky accuses Russia of exposing the world to a food crisis 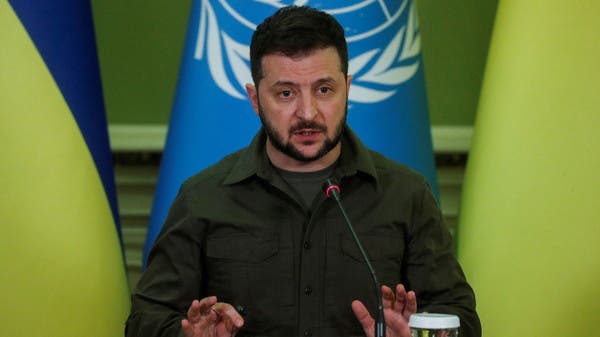 Ukrainian President Volodymyr Zelensky stressed, on Sunday, that dozens of countries are at risk of the food price crisis and hunger, calling on countries to ally with Ukraine and unite to prevent starvation.

In a speech during a video clip late at night, Zelensky said that one of the issues that I deal with on a daily basis is food security, adding: “More and more countries are beginning to realize that Russia, by closing the Black Sea and continuing this war, has exposed dozens of Countries are at risk of a food price crisis and even hunger.”

He added, “This is another incentive for us to ally against war and to work together more resolutely. Now, we are calling for Ukraine’s support, especially with weapons, and to work to prevent starvation.”

The Group of Seven warned yesterday of a global food crisis due to the war in Ukraine, which is fueling a global food and energy crisis that threatens poor countries, stressing that there is a need to take urgent measures to free up grain stocks that Russia is preventing from leaving Ukraine.

This comes as the World Food Program of the United Nations stressed that the war in Ukraine showed the fragility of agricultural systems and its dire consequences for food security, in light of US expectations that Ukrainian wheat production would decline to a greater proportion than expected due to the widening war.

The crisis was exacerbated by Indian steps that added more concerns about the future of food supplies in the world after New Delhi decided to ban wheat exports due to the heat wave, which led to reduced production and increased local prices.

Wheat shipments will be allowed with letters of credit already issued and to countries that require supplies to meet their food security needs.

This is a new crisis added to a series of global crises that have accumulated as a result of the Corona Pandemic, amid rising fears of the outbreak of social unrest and protests due to a food crisis that is defining its features day after day.