Zelensky appears as a hologram in four places at once 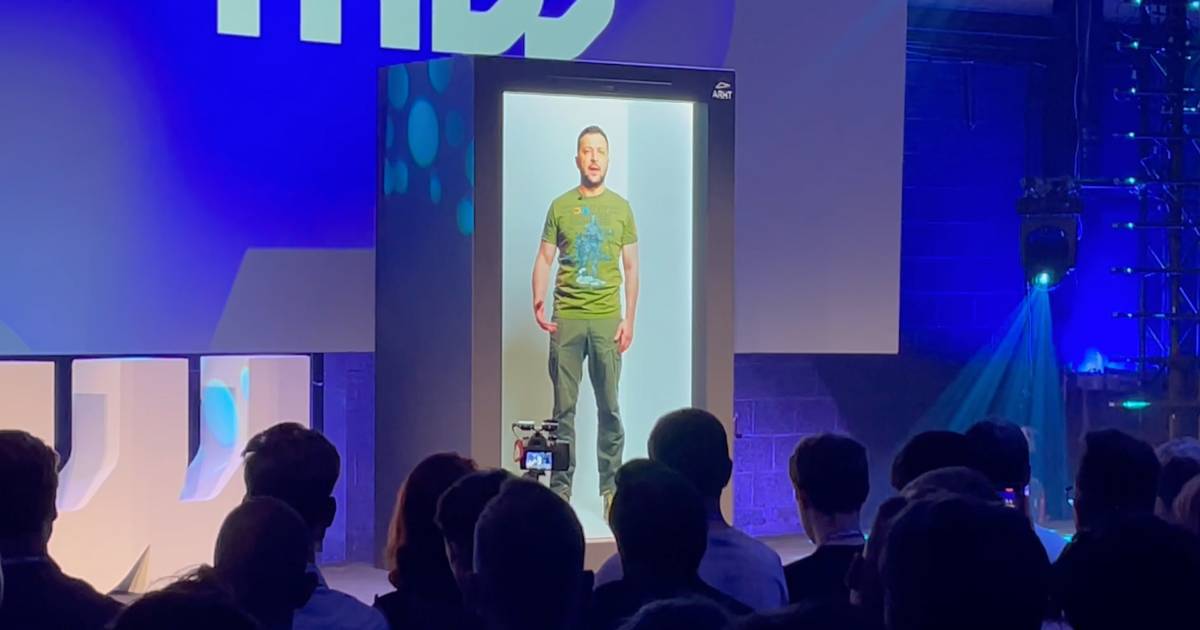 with videoUkrainian President Zelensky appeared live this afternoon as a three-dimensional hologram projection at four technology fairs in Europe simultaneously.

He called on those present to give more support to Ukraine and invited tech companies to sign up in advance for the reconstruction and modernization of the country’s digital infrastructure.

According to the organizers, it was the first live performance as a hologram projection of a war leader ever. The hologram was recorded at 5:20 p.m. in Kiev and shared at the same time at four leading tech events in Europe: The Next Web conference in Amsterdam, London Tech Week in London, VivaTech in Paris and Brilliant Minds in Stockholm. Thus, according to the organizers, it reached more than 50,000 people at the same time.

Zelensky’s performance lasted just under four minutes. Although a first and undoubtedly a technical masterpiece, it honestly seemed to the 3000 people present in a sweltering hall in Amsterdam as if the Ukrainian president was speaking from a life-size open refrigerator. It didn’t make the overwhelming impression that Abba’s hologram show makes according to critics. But via a corresponding link you could also have the president speak in your living room via your smartphone.

The Next Web Conference is an annual gathering of the tech industry and companies directly around it. Today 6000 people gathered at an industrial estate in the former Hemhavens, tomorrow there will be a second day.