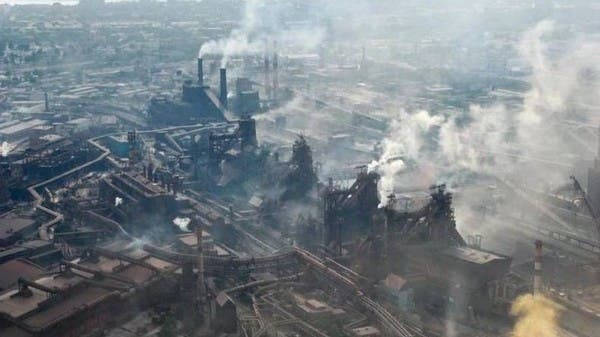 After Russia announced a truce that included a ceasefire in the vicinity of the Azovstal steel plant in the Ukrainian city of Mariupol for three days, Ukrainian President Volodymyr Zelensky called on Wednesday, United Nations Secretary-General Antonio Guterres, to help rescue the wounded from the complex.

Zelensky said during a telephone conversation with Guterres that the lives of the people who remained there are in danger, stressing the importance of everyone, and calling for international assistance to evacuate them, according to a statement by the presidential office.

The president also appealed to the organization to help get all the wounded out of Azovstal, explaining that hundreds of fighters and civilians, including dozens of children, are holed up in halls under the factory floor.

The statement came as evacuations, led by the Red Cross and the United Nations, continued from Mariupol and neighboring towns.

Deputy Prime Minister Irina Verichuk revealed via Telegram that 334 people were evacuated from the area, on Wednesday. She considered what happened “another small victory for her country,” as she put it.

It is noteworthy that the United Nations had participated, on Sunday, in organizing the evacuation of about 100 civilians who were trapped in Azovstal with the Ukrainian fighters.

Meanwhile, the Russian military announced, on Wednesday, that it will open humanitarian corridors from the factory on Thursday, Friday and Saturday, to allow civilians to leave the compound.

He also added that the corridors will be open from 0800 to 1800 Moscow time daily.

He also clarified that during this period, the Russian forces will stop any military activities and withdraw units to a safe distance.

Then the two sides exchanged accusations of violating the armistice, and not allowing the evacuation of civilians, before the efforts of the United Nations and the Red Cross produced a new batch a few days ago.