Zelensky: Half a million Ukrainians forcibly transferred to Russia and other places 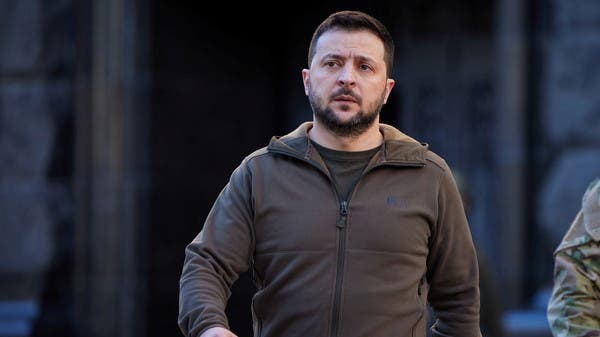 Ukrainian President Volodymyr Zelensky said on Monday that half a million Ukrainians were “forcibly and illegally transferred to Russia or to other places”.

Speaking to Greek state TV, Zelensky said that civilians remaining at the Azovstal steel plant in Mariupol are afraid to board evacuation buses because they believe they will be taken to Russia.

Zelensky said UN Secretary-General Antonio Guterres assured him that the evacuees would end up in an area controlled by the Ukrainian government. “We want to believe this,” the Ukrainian president added.

This comes as the United Nations High Commissioner for Refugees said today that more than 5.5 million people have fled Ukraine since the start of the war on February 24.

UNHCR said the statistics were compiled from various sources, in particular data provided by authorities from official border crossing points.

In another context, Zelensky today described Turkey’s preparation of new proposals for Russian tourism in conjunction with its support for Ukraine as “double standards.”

And the Ukrainian news agency quoted him as saying that Turkey “plays the role of mediator and supports Ukraine with important steps. On the other hand, we see Turkey preparing a number of tourist routes specifically for Russians.”

The agency said that Zelensky believes that these matters should be raised in order for the relationship between the two countries to be based on friendship, adding that “such a policy cannot be followed because it involves double standards.”

“This is not fair at all, which is why I draw Turkey’s attention to such operations. There is a need for choice,” Zelensky continued.