Zelensky: I am ready to sit down with Putin to discuss difficult issues 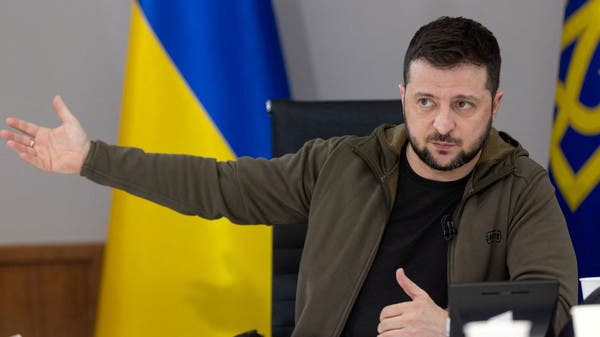 The office of Ukrainian President Vladimir Zelensky said today, Friday, that the president is ready to sit down with Putin to discuss difficult issues, noting that the priority is the withdrawal of Russian forces to the borders of February 23.

The Ukrainian president’s office added that Crimea, Donetsk and Luhansk are issues that should be resolved in the talks.

Earlier on Friday, Ukrainian President Volodymyr Zelensky said Russia believed it could escape prosecution for war crimes over its threat to launch a nuclear attack.

“They don’t think they can be held responsible for war crimes because they have the power of a nuclear state,” Zelensky added, addressing Britain’s Chatham House think-tank through an interpreter.