Zelensky: I discussed with Macron the path of our accession to the European Union 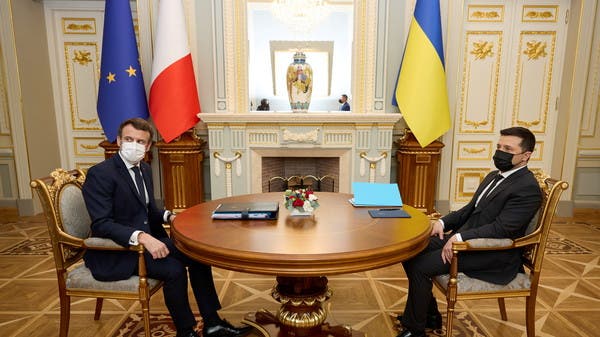 Ukrainian President Volodymyr Zelensky announced today, Thursday, that he discussed with his French counterpart the course of Ukraine’s accession to the European Union and coordinated steps on that.

He also said, through his account on Twitter, that he briefed Emmanuel Macron on developments on the front lines, and discussed with him the provision of more security assistance by France.

Had another phone conversation with 🇫🇷 President @EmmanuelMacron. Informed about the situation on the front. Discussed further defense support for 🇺🇦 and work on security guarantees. Special attention was paid to Ukraine’s path to the #EUwe are coordinating steps.

For his part, Macron told his Ukrainian counterpart that Paris would continue to respond to Kyiv’s needs, including heavy weapons.

On February 28, the Ukrainian presidency signed a formal application to immediately join the 27-nation union