Zelensky: It will be difficult for us if we lose the battle of Donbass 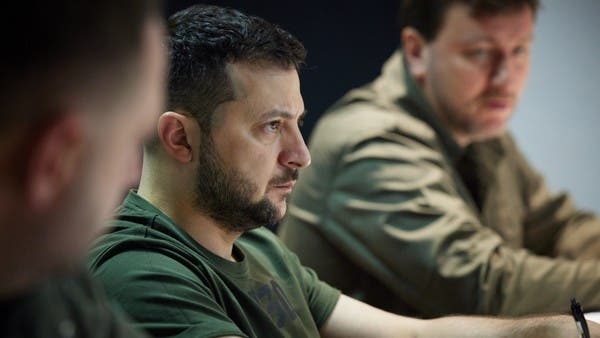 While fierce battles continue between Russian and Ukrainian forces to control the east of the country, President Volodymyr Zelensky stressed that his country’s situation would be difficult in the event of losing the Battle of Donbass, noting that Russia wanted to control Zaporizhia as well to advance towards central Ukraine.

In an interview with the media on Monday, the Ukrainian president added that the situation in eastern Ukraine is dangerous, recognizing Russia’s progress in Donbass.

However, he stressed at the same time the continuation of defense in the east, according to what was quoted by “Reuters” agency.

Regarding the export of grain outside the country, the Ukrainian president explained that Kyiv is considering exporting these grains through a safe corridor in coordination with Britain and Turkey, but he rejected the proposal to transport grain through Belarus.

In the same context, Serhiy Gaidai, governor of the Lugansk region, said that Ukraine’s position “slightly worsened” in the eastern city of Severodonetsk, but Kyiv’s forces defended their positions against Russia in an industrial zone as the fighting intensified.

Ukrainian forces are trying to hold on after they said they had recaptured half of the besieged city in Lugansk province, as Russian forces focused their offensive on the heart of the Donbass region in eastern Ukraine.

Zelensky had revealed earlier yesterday that he had visited Lyschansk and Solidar, referring to his visit to the command posts in these two regions near Severodonetsk, the largest city in Donbass, where Moscow focused its attack.

The Ukrainian presidency also stated that he also visited Bakhmut in the southwest of Donetsk region and spoke with soldiers.

It is noteworthy that during the past two weeks, the battles intensified in the Ukrainian east, especially in Severodonetsk, which is considered a key town in the Donbass region. Its fall will pave the way for Russian control of Sloviansk and Kramatorsk, the last strongholds of Ukrainian forces in the east.

Russia aims to control the entire Donbas basin, which includes the Donetsk and Lugansk regions, after it was partially seized by pro-Moscow separatists in 2014, with the aim of opening a land corridor linking the east to the Crimea, which it annexed to its territory in the same year.