Zelensky: Moscow will intensify its operations against us, and we are ready 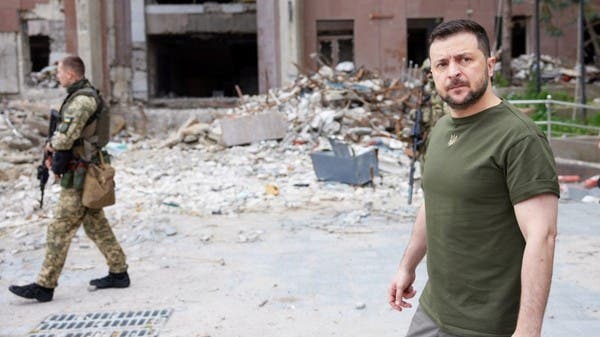 With Russian forces attempting to establish full control of the eastern Donbass region, Ukrainian President Volodymyr Zelensky predicted that Moscow would step up its attacks this week as European Union leaders consider whether to support Kyiv’s bid to join the bloc.

“We should expect Russia to intensify its hostile activities this week… We are preparing. We are ready,” Zelensky added.

This comes as Ukraine applied to join the European Union, four days after the influx of Russian troops across its borders last February.

While leaders of the 27-nation bloc will discuss the request at a summit on Thursday and Friday, they are expected to agree to Ukraine’s request despite concerns from some member states. The process may take many years before it is completed.

The EU’s embrace of Ukraine runs counter to one of Russian President Vladimir Putin’s stated goals when he ordered his forces into Ukraine, which is to keep Moscow’s southern neighbor out of the West’s sphere of influence.