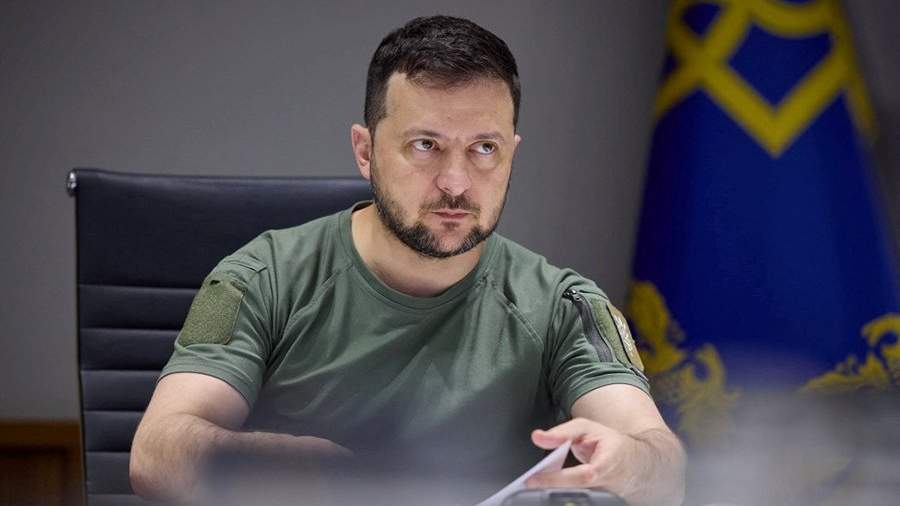 President of Ukraine Volodymyr Zelensky believes that NATO needs to work on improving the European security system using the example of Kyiv. He stated this during a meeting with the former Secretary General of the North Atlantic Alliance, Anders Fogh Rasmussen.

According to the Ukrainian leader, the European security architecture has not yet encountered the situation in which Ukraine finds itself, which is the reason for the lack of a clear response mechanism. In the context of current geopolitical events, the question of NATO’s role in ensuring security on the European continent arises, Zelensky believes.

“At the same time, the president expressed his conviction that, using the example of the ‘special operation’ in Ukraine, it is possible to develop specific effective security guarantees,” the press service of the administration of Zelensky’s office reports.

Rasmussen, in turn, said that he “will make every effort to ensure the effective work of the group.”

The ex-general secretary of the alliance arrived in Kyiv to participate in the first meeting of the working expert group on international security guarantees for Ukraine. As the administration of Zelensky’s office told, Rasmussen heads this group together with the head of the office of the head of the Ukrainian state Andriy Yermak.

NATO’s 28 leaders adopted a Strategic Concept during the Madrid Summit that will set the course for the alliance until 2030. One of the main points of the document is the definition of the most significant and direct threat to the security of the alliance. The countries-members of the military bloc named Russia to her. In addition, partnership relations between Russia and China are also indicated in the concept as a threat to the values ​​and interests of the alliance.

On the same day, current NATO Secretary General Jens Stoltenberg announced that the alliance plans to increase the number of its military groups on the eastern flank to more than 100 thousand people. Including, according to him, it is planned to create weapons depots there.