Zelensky: The Battle of Severodonetsk is very difficult and will determine the fate of Donbass 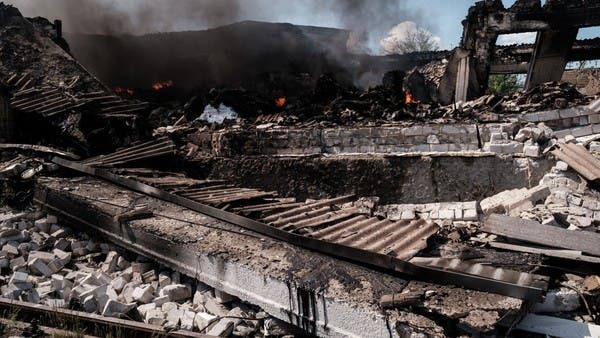 After Ukrainian fighters in Severodonetsk withdrew to the outskirts of the eastern Ukrainian city on Wednesday, vowing to fight as long as possible, Ukrainian President Volodymyr Zelensky stressed that this “brutal battle will determine the fate of the Donbass region.”

He also added in a video speech broadcast on the communication sites Thursday, “This is a very brutal and difficult battle, perhaps one of the most difficult battles in this war.”

He explained that “Severodonetsk is still the focus of the confrontation in the east of the country,” reiterating that “it is to a large extent considered the place where the fate of Donbass is now determined.”

98% of Lugansk is with the Russians

The comments came after Lugansk’s governor, Serhiy Gaidai, warned that the city center was being destroyed. “Our fighters are steadfast in the Severodonetsk industrial region, but the fighting is taking place not only in that region, but in the city of Severodonetsk itself,” he added in statements to Ukrainian television late yesterday.

He also stressed that “Ukrainian forces still fully control the opposite city of Lysechansk on the west bank of the Seversky Donets River, but Russian forces are destroying residential buildings there.”

In addition, he stressed that Russia now controls more than 98 percent of Lugans, which, along with Donetsk, makes up the Donbass region, a region where many of its residents speak Russian.

It is noteworthy that during the past weeks, the fighting intensified in eastern Ukraine, especially in Severodonetsk, which is considered a key town in the Donbass region. Its fall will pave the way for Russian control of Sloviansk and Kramatorsk, the last strongholds of Ukrainian forces in the east.