Zelensky visited the forward positions of the Ukrainian army in Donbass 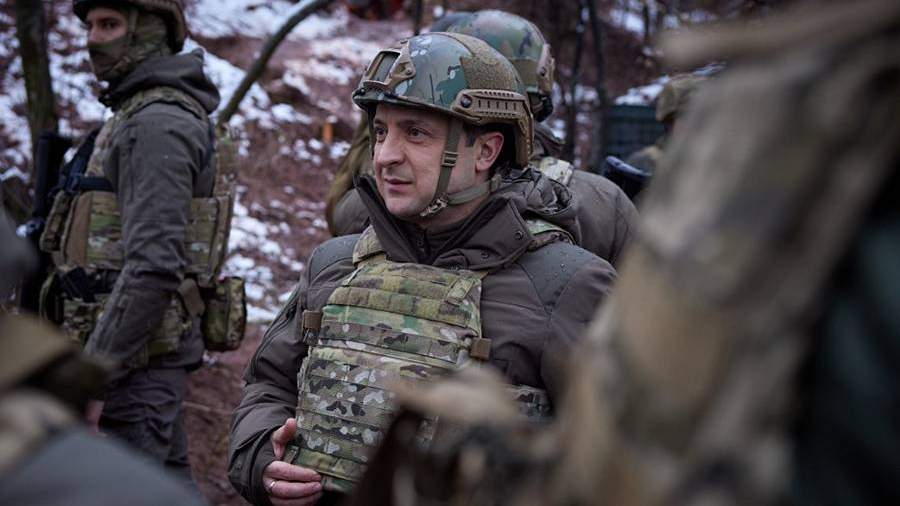 President of Ukraine Volodymyr Zelenskyy visited the forward positions of the Ukrainian army in Donbass and got acquainted with the operational situation in the zone of the joint forces operation. This was announced on December 6 by the press service of the head of state’s office.

“During his working trip to Donetsk region, President Volodymyr Zelenskyy visited the forward positions of the Ukrainian army in the zone of the joint forces operation and congratulated the military on the Day of the Armed Forces of Ukraine … Zelensky got acquainted with the operational situation in the JFO zone and examined the command post of one of the Ukrainian Armed Forces brigades.” , – the message says.

It is noted that Zelensky talked with the military, presented valuable gifts and state awards.

“I have the honor to be with you today. Thank you for defending the sovereignty and territorial integrity of Ukraine … I am convinced that with people like you, we will definitely win, “the press service quotes Zelensky.

Earlier that day, Ruslan Balbek, a Crimean political expert and deputy of the State Duma of the 7th convocation, commented on Zelensky’s words that the Ukrainian army is capable of “breaking any aggressive plans of the enemy.” In his opinion, the President of Ukraine “likes to feel great at least on the screen,” so he “makes promises to the right and left and makes statements that he himself does not believe in.”

The day before, Russian Foreign Minister Sergei Lavrov said that Ukraine does not intend to follow the Minsk agreements of its own free will. According to the minister, she must be forced.

At the same time, the head of the self-proclaimed Donetsk People’s Republic, Denis Pushilin, said that the prospect of a resumption of full-scale hostilities from Kiev is real. He explained that the readiness of Ukraine is evidenced by the number of personnel and equipment deployed in the conflict zone.

On December 3, Ukrainian Foreign Minister Dmytro Kuleba announced his devotion to the diplomatic way of resolving the conflict. He expressed readiness for any “forward movement” formats.